Every year Deepak Perwani’s Diwali Party is a star-studded affair which is often the talk of the town. From celebrities putting their fashion game forward in embellished and traditional outfits to celebrating Diwali, many find a way to raise eyebrows. This year’s Diwali party was no different. Once again, celebrities and people from the fashion industry were spotted at the event in all their glory. While Zoya Nasir was also the guest in attendance, the influencer turned actress received severe backlash over her outfit.

The pictures from Deepak Perwani’s Diwali party spread like wildfire on social media. With extensive decor and fireworks and singing by the pool. The celebrities spent a night to remember at the Parwani residence. However, not all’s well that ends well. The moral police were ready with their blazing guns to start a war of words on social media.

From celebrating a Hindu festival to dressing up in revealing clothes, netizens found various things to criticize. However, Zoya Nasir got some intense backlash from the public for wearing a red sari with a backless blouse. Sounds like getting a space in the netizen’s bad books? Zoya’s revealing dress has made people furious over her look at the party. More so that they are even ready to bring her past into the mix.

Take a look at her stunning pictures below.

This isn’t the first time Zoya has received backlash from the public. However, this time the number has touched the roof given that the actress is now making headlines in the mainstream Pakistani media.

Here are some of the comments from netizens. 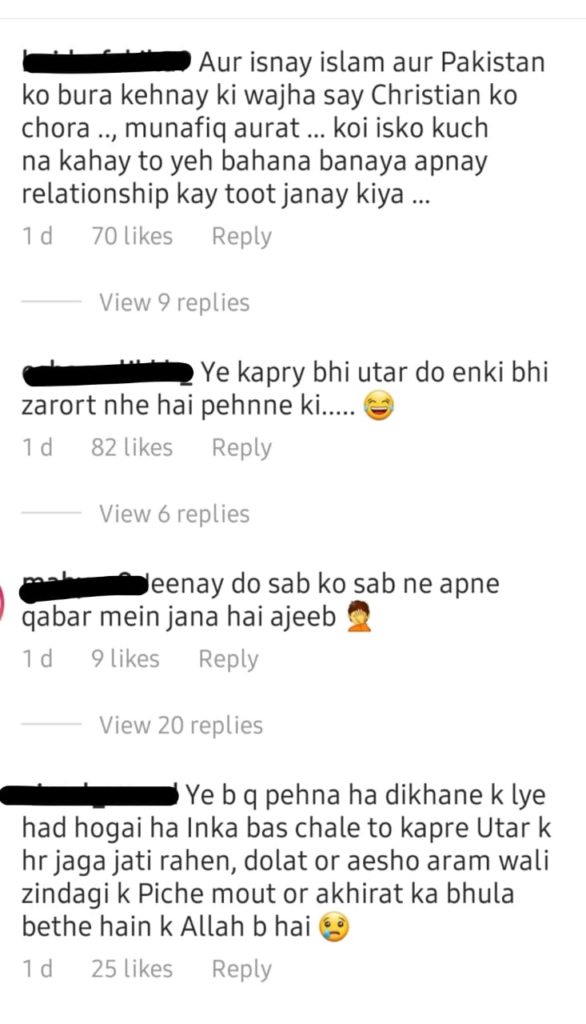 While netizens weren’t happy with her previous relationship, they made sure to bring it into the mix. Talk about stopping to a level so low? The netizens criteria of judging people is absurd on so many levels.

Meanwhile, this is just the beginning for the actress in the industry. It seems like the ghost of her relationship’s past is not going to disappear anytime soon. Is this just the tip of the iceberg of criticism for Zoya Nasir? Only time will tell.