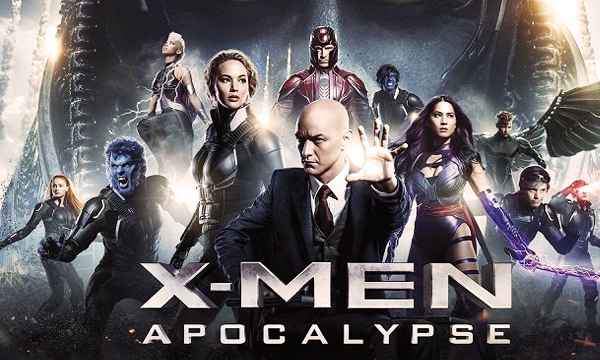 X-Men is undoubtedly amongst the most lucrative series in history of Hollywood. With the popularity of all of its past movies, expectations were bound to be high for the much-awaited 9th movie in the series, X-Men: Apocalypse.

Much to our dismay, Hollywood’s new superhero movie of the month has posed a serious risk to the franchise’s success by falling flat out of the expectations. With low hits and a whole lot of misses, the movie has turned out to be a big disappointment. The prequel kick starts in Nile Valley circa 3600 BC with En Sabeh Nur (Oscar Issac), the world’s first ever mutant. While the ageing man is in a pyramid and about to switch his soul to a young body via a bizarre ritual, the monument collapses and he is buried deep underground only to be resurrected back in the modern world of 1980s.

With his awakening, he vows to destroy the world and brands himself as the Apocalypse. If you are having an eerie déjà vu feeling, it is because you have seen a similar plot in the Mummy. The story in X-Men: Apocalypse has been all told before five times and knowing it all for the sixth time will bore you. With almost no focus on any of the heroes  of X-Men universe, the movie showcases Professor X reminding Magneto that there is good in him like every other time. Sadly the returning director Bryan Singer has churned up a lifeless story line, devoid of adrenaline-pumping action, strong character interplay and a persuasive plot. Seems like he was unable to work his magic with too many characters in the plot. While you will first be happy to see them all, you will later wait for it to end soon. There was no character detailing to J Law’s Mystique and Alexandra’s Storm role. Ben Hardy’s Angel makes no influence at all on the audience and Olivia Munn, as Psylocke, is fierce but fails to charm you.

Meanwhile, James McAvoy and Michael Fassbender did a good job as usual with their avatars. Game of Throne’s Sophie Turner has locked her role as Jean in the movie series and Evan Peters as Quicksilver put up a good act in the tale.

While, the movie sports a great cast but altogether they were unable to a cast a magic like those of Avengers. Seems like upcoming X-Men films should concentrate on fewer characters and more characterization.