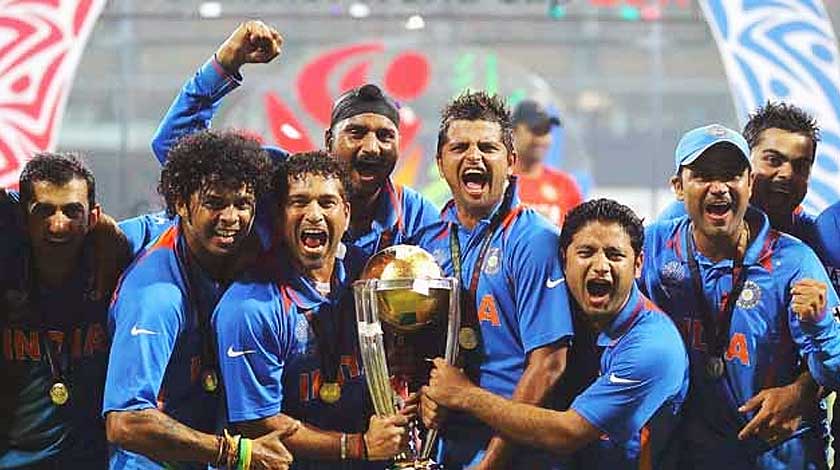 Storm clouds were gathering Thursday over cricket’s World Twenty20, with organizers still to release tickets or confirm the venues, less than a month before the tournament begins in India.

Hundreds of thousands of supporters are expected to attend the 16-team contest which begins on March 8, the first time India has hosted the world cup for the game’s newest and most popular format.

But with question marks over the presence of the West Indies and New Delhi yet to receive clearance to host matches, fans who need to secure flights, hotels and even visas are still unable to firm up travel plans.

The official line from the Indian board is that any glitches will be ironed out and there is no cause for alarm. “Everything will be sorted out very soon,” Anurag Thakur, secretary of the Board of Control for Cricket in India (BCCI), told AFP.

But Paul Ford, co-founder of New Zealand’s Beige Brigade fan club, said it was now simply too late for some fans.

“We would have loved to travel to India as New Zealand have a good team this time round,” Ford told AFP.

“But the delay in ticket sales and the venue being undecided has really made it hard for the fans to plan their travel.”

Tickets for other major sporting events in 2016 such as the Rio Olympics in August and football’s European Championships which take place in France in June went on sale months ago.

Thakur told reporters last Friday that tickets would be released at the start of this week, a month before the first matches involving the tournament’s minnows. But that deadline came and went and organizers have set next Monday as their new target, a month before India play New Zealand in the first heavyweight clash.

The delay can be explained in part by the uncertainty over whether New Delhi’s Firoz Shah Kotla stadium will receive all the permits needed to stage its four matches — including the first semi-final.

While the Delhi High Court indicated on Monday it was likely to give its green light, it also left open the possibility that it would not make a final decision for nearly another three weeks.

“Twenty days is the maximum time given, we will get things in order in 10 days,” Chetan Chauhan, vice-president of the Delhi and District Cricket Association, told AFP.

“We have already told the BCCI to start the ticket sales. We have told them that we are absolutely fit to host the matches with all the approvals in place.”

Nevertheless, the BCCI says it has drawn up a Plan B without revealing which venues might step in.

But the problems have evoked unfortunate memories of the ODI World Cup in 2011 when Kolkata lost its right to host matches after furious fans had already paid for their flights from England.

Veteran sports writer Ayaz Memon said the uncertainty over whether India’s capital was fit to stage matches was “agonizing”.

“If Delhi loses its World Cup games then it is a big blow to the BCCI and a setback to the cricket administration in India… and that is not acceptable,” Memon told AFP.

Another crisis is brewing in the Caribbean where a pay dispute shows little sign of being resolved before a February 14 deadline for players to sign contracts drawn up by the West Indies board. While it appears unlikely the West Indies will boycott the event, its credibility would take a major hit if stars such as Chris Gayle stay at home and are replaced by second-stringers.

The 2009 winners Pakistan have also voiced concerns about security in India while stopping short of threatening a boycott.

The South Asian arch rivals have not played a bilateral series for more than three years amid diplomatic tensions but they are due to play each other on March 19 in the Himalayan town of Dharamsala. Thakur said it was ultimately up to Pakistan whether they decided to come to India.

Memon acknowledged the delay to ticket sales was unhelpful but added that it would be unfair to lay all the blame at the door of the Indian board as it was an International Cricket Council (ICC) event. No one from the ICC was available for comment when contacted by AFP.

“As far as the tournament is concerned, I hope that West Indies don’t send a third-string team,” said Memon.

“And I also hope that Pakistan don’t skip the event because that will take away the sheen from a world tournament.”