Home Pakistan This Woman From Moldova is Searching for Her Lost Pakistani Father!
Advertisement 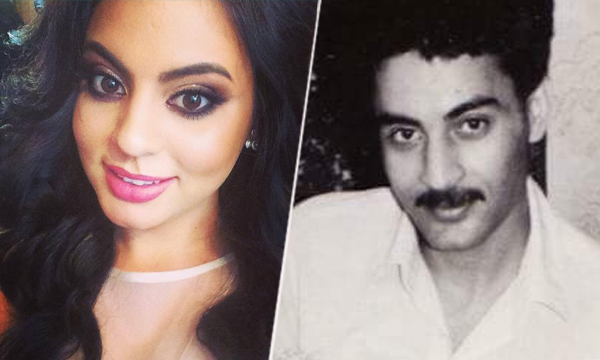 In the age of social media, there is so much connectivity that sometimes it feels that we live in a world without borders.

Metaphorically of course. Anyway, since no one can build a wall on the Internet, people have the power to connect with anyone, in any part of the World.

Recently, a tweet by a young woman Yasmina Derejovskaia from Moldova created a storm on social media

The lady plead the world to help her find her lost father who lives in Pakistan.

She posted her story on twitter and shared her heart-wrenching tale of separation. In recent years, there have been many stories where the Internet helped reunite people with their long lost loved ones. This story might be on its way to a happy ending of a father daughter reunion.

Twitter has mixed feelings about this. Some are earnestly hoping that she is reunited with her father.

Hope she finds him soon.

Yasmina should Contact Ministry of Interior, Pakistan for help IF the Story is TRUE .

Its v old message circulated b4 also 3 or 4 years back… I am not sure but I sometimes think its scam message ..

why would she want to meet such a piece of shit father. Obviously he abandoned her.

He would turn out to be another fucking asshole who left his family to marry again, common in our country now ,the girl will be more

Disappointed to meet that piece of shit and probably will not be able to trust too many people in her life ,which may be the only good thing

We hope with all our heart that she reunites with her daddy and the family celebrates a happy get togather.