Home Entertainment Music Who Will Take Over Coke Studio?
Advertisement 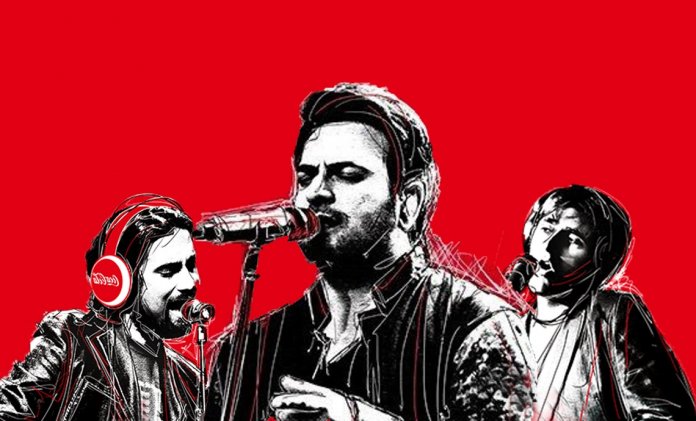 The music scene in Pakistan may not be progressing as predicted but thanks to Coke Studio, talented individuals have a platform to prove their mettle. In fact, Coke Studio on this side of the border has comparatively done well than its counterpart in India and that’s what makes it a prized catch.

With Strings no longer associated with the show, the Coke people are on the lookout for a new Captain for their most successful ship.

We have a few ideas that might help Coke Studio remain the guiding light for all those talented music composers and singers out there who are anxiously waiting for the announcement of their savior.

If it were up to me, I would have handed over the reins of Coke Studio to Shiraz Uppal as soon as he had done Atif Aslam’s Tajdar e Haram in Season 8. The maestro knows what the public wants and is one of the few music producers in the country who favors originals over remixes.

Add to this his success as a music director for films and you find out that he composed most of the hits in Pakistan’s reviving film industry. He can sing, he can compose and above all, everyone respects him because he is close to the guru of film music A R Rahman.

Positive: Shiraz has the most high-tech studio in the country where he composed the soundtrack of Punjab Nahi Jaungi, Pakistan’s most successful film, ever!

Negative: Many criticized Shiraz Uppal for introducing star Mehwish Hayat as a Coke Studio singer (she is no doubt an all-rounder performer) and if given the chance, he may introduce a few non-singers through the platform.

Noori is no strangers to music as they have been around for over 2 decades; they know what the public wants and that’s one of the reasons why they collaborated with Shiraz Uppal as Sur Darvesh in Wajahat Rauf’s Karachi Se Lahore.

It was rumored a few days back that they have been nominated as the next Captain of Coke Studio but that turned out to be a hoax. However, it would not be a bad idea if they do get to run the show as per their taste, which isn’t much different from what the audience needs.

Positive: Ali Noor and Ali Hamza both can sing and compose whereas they have enjoyed a good rapport with all the music composers and singers in the industry.

Negative: Noori doesn’t deviate much from their signature style of music and that might be the only reason why Coke Studio people might be reluctant regarding their promotion from Collaborators to Captains.

Xulfi has been around in the music world since the 90s and has bagged many awards for his all-round production. He can sing, he can compose and he can make the simplest of songs look amazing.

Currently, he is part of Call and producer/mentor at Nescafe Basement that is easily making a name for itself as something that can give Coke Studio a tough time in the future.

Positive: Everyone in the industry has worked with Xulfi and that’s one of the many reasons why he should be inducted as Coke Studio’s saviour!

Negative: Xulfi isn’t much fond of originals and if given the chance, he will continue the Strings legacy of remixing old songs instead of coming up with new ones.