Home Entertainment Music ‘Why Couldn’t it be Me’ by Farhan Akhtar is Influenced by 2014’s...
Advertisement 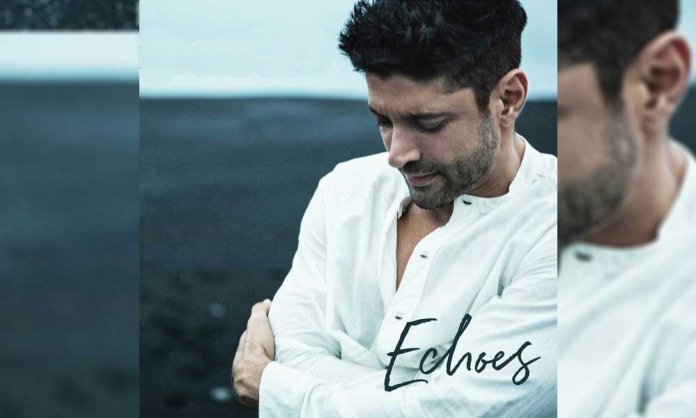 Acclaimed international actor, singer-songwriter and film director Farhan has released ‘Why Couldn’t It Be Me’, the latest track from his highly-anticipated debut album Echoes, which is out February 22nd.

Echoes features a culmination of Farhan’s lifetime experiences, beautifully combining emotion with empathy and soul. ‘Why Couldn’t It Be Me’ is a powerful and emotive journey into the pain of grief and guilt and is available to download today on all streaming platforms.

Whilst the album is an eclectic musical mix and lyrically focused on love and relationships, the largely acoustic ‘Why Couldn’t It Be Me’ brings an extra dimension to Farhan’s work and has been released during the 16 Days of Activism Against Gender-Based Violence – an international campaign to challenge violence against women and girls.

A key track on the album, it’s also the only song that “isn’t looking inward but it’s about an external event” and is a song written to heighten awareness of the need to tackle violence.

That event – a massacre in Peshawar in Pakistan, when the Taliban stormed into an army school and shot over 200 children – was a truly profound moment for Farhan.

After it happened, Farhan read an article about it, he said:

A mother whose younger son hadn’t gone to school that day because he’d pretended to be sick. But his older sibling had gone and had been killed in the massacre. When I read that story I thought it must be such a strange dilemma for a young boy – ‘that could have been me in place of my brother.’ So just that thought got me writing, and I wrote ‘Why Couldn’t It Be Me’ from the perspective of that younger brother.

From mothers and fathers to children and siblings of victims, the pain is felt throughout a family and community.

‘Why Couldn’t It Be Me’ is Farhan’s latest endeavor to tackle the maltreatment of women in line with his ongoing commitment to using his worldwide profile to spread awareness of gender inequalities and the need to end violence in order to empower women and girls in every corner of the world.

A hugely successful and influential figure in India, Farhan is an actor, screenwriter, director, and producer with countless movies to his name. He has also flexed his musical muscles before – not least playing the part of the frontman of a rock band in the critically acclaimed film Rock On!! (2008) – but he’s been keen to record his own album for a long time. Yet for years his other interests – and life – got in the way.

Over the last two years I felt a little bit of a burn-out setting in, just from working on films non-stop.

I just felt I needed some time out for myself, to reconnect with other things, to look at where my life’s at – I wanted to channel what I was feeling, and put it out there, just to share with people. And I found that process very cathartic.- Farhan

Echoes is the result; a debut album that is deep and powerful, poignant and inspiring. It is also, a set of classic-sounding, self-written songs that reflect a childhood steeped in the greats of both Indian music, such as Kishore Kumar and Ravi Shankar, and of western rock and pop: The Beatles, Pink Floyd, Eric Clapton, David Bowie.

Recorded in Milan, the rich, melodic album was produced by Grammy-winning producer Tommaso Colliva (Franz Ferdinand, Jesus and Mary Chain, Muse). It opens with the previous single ‘Rearview Mirror’, which channels the timelessness of early Bowie and the ambition of Sgt. Peppers… amid soft rock orchestration and delicate melodies tinged with subtle psychedelia.

Further highlights include, ‘Seagull’ which finds Farhan touching on a transcendent blend of minimal instrumentation and emotive lyricism, and ‘If Love Is Not Enough’, which questions what is needed to keep a relationship together, before the more upbeat tones of ‘Bird On The Wire’ provide an anthemic crescendo of passionate expression.

Explaining the album’s title, he notes that:

Echoes. It’s about chapters in my life and voices in my head that have influenced the writing. All of us have our personal journeys through life, through love. We struggle at times to make sense of our emotions and of the world around us. So here I am, speaking as honestly as I can about my journey.

That desire for connecting, for reaching out, also informs another of Farhan’s interests, which includes him being the South Asia goodwill ambassador for UN WOMEN – The United Nations Entity for Gender Equality and the Empowerment of Women.

He recently launched the campaigning organization in India, MARD – Men Against Rape & Discrimination, which seeks to change male attitudes and bring positive change to the role and respect of women in the sub-continent.

With his inbuilt artistry and his CV – not to mention his genes – Farhan has already proven he’s adept at speaking to millions, and at using his voice for change. And now, with his tuneful, universal debut album, this gifted musician is ready to speak to people in a whole new winning way.