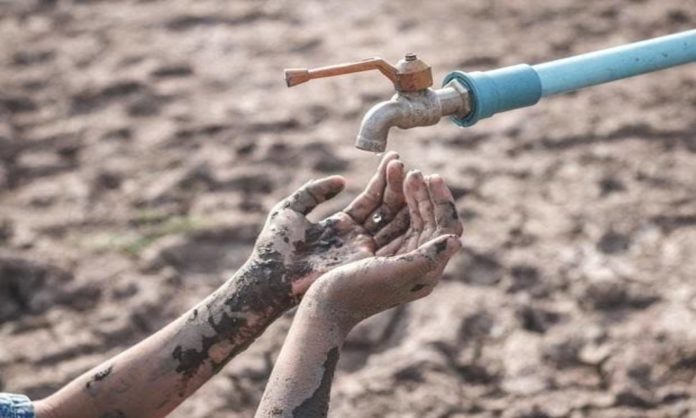 Water is a natural resource for life. In Pakistan, water resources include underground water reserves and surface water available in streams and dams. With time water scarcity is becoming an undeniably vital issue that establishes one of the most significant difficulties to Pakistan’s advancement.

It is expected that the population of Pakistan is going to reach 263 million in the year 2050. Pakistan needs to put the simple idea into how it will give sufficient water to agricultural business, industry, and human utilization even with quickly diminishing stores. Pakistan is among the countries that can run dry in the near future. To mitigate this issue, Pakistan needs to move forward to construct the dam and water storage plants. However, that’s not the only solution, given that the construction of dams requires time and resources.

Previously UN also highlighted the issue. According to a report issued by the UN, water scarcity is the most immediate threat to the masses. Neil Buhne, UN Humanitarian Coordinator, Pakistan, said in a statement,

“No person in Pakistan, whether from the north with its more than 5,000 glaciers, or from the south with its ‘hyper deserts’, will be immune to this.” which only ascertains the gravity of the situation.

Water scarcity has gained momentum in Pakistan. However, immediate measures still need to be taken by the relevant authorities. Pakistan has the fourth-highest rate of water use in the world, and the depletion of water resources is a massive threat to the country.

Some solutions to the water scarcity problems in Pakistan are mentioned below.

While the matter of dam construction has been raised time and again, no significant step has been taken as of yet. The political turmoil related to the construction of dams is quite known. Meanwhile, that is the only plausible solution which can bring about a substantial difference in the water scarcity situation.

Improvement in the irrigation system can also help conserve water in large quantities—the lack of appropriate resources and knowledge results in excess water usage by the agribusiness. Using methods like drip irrigation, sprinklers, and basin irrigation can help save the water.

The water scarcity issue can also be resolved in those areas of the country which are closed to sea coasts. Sea water desalination plants can convert seawater to regular water, which can be used for domestic and industrial purposes.

Underground water contributes majorly to the water resources of Pakistan. However, the practice of underground water pump installations at the domestic level is a significant threat to these reserves. Establishing proper rules to minimise the misuse of these resources can also help preserve water.

While the government or the relevant authorities can take these measures, awareness must be raised by the NGOs and organisations to make people understand the urgency of the situation. Individually, it is also imperative to be mindful of water consumption to help prevent water wastage, thus reducing the shortage.

Read More: 6 Important Safety Tips For Driving In The Rain