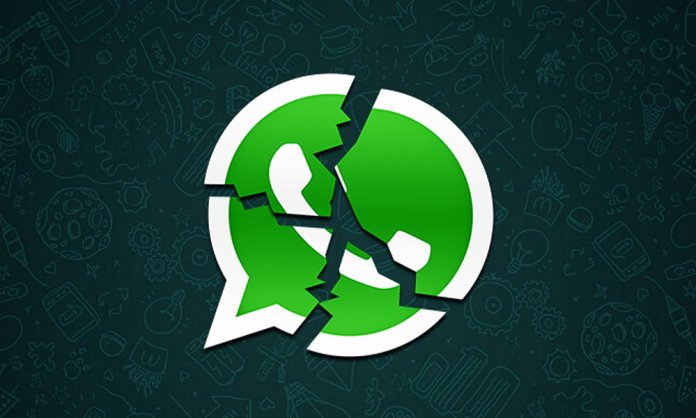 A viral message on WhatsApp is causing major trouble to the application and to the user’s phone! In the latest update of scams and frauds, another one has spurred trouble!

Upon receiving it, the application crashes, and consists of text in the Indian language Telegu. It reads, “I can hang your WhatsApp for a while, just touch below message.” 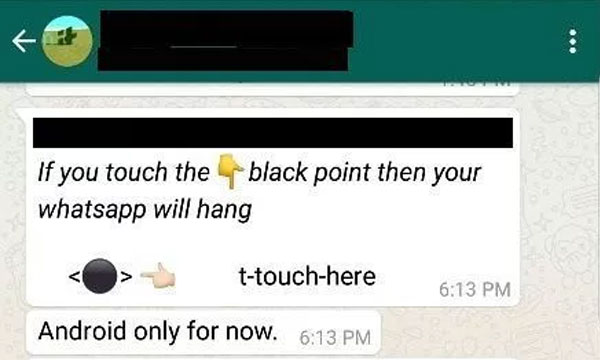 Yet Another Bug is Crashing your iPhone!

The message is being forwarded to both iOS and Android users across Pakistan. In the message, a black dot is being displayed. Apparently, if you tap it, your WhatsApp application goes unresponsive for some time.

Obviously, the black dot is not exactly the reason behind this abnormal behavior. The application crashes because of the space in between the text return and the black dot. When converted to HTML the text has the right-to-left mark, however, the invisible character separates left-to-right mark from the right-to-left mark, causing irregular formatting of the text, forcing the application to crash.

Where some have been ignoring the message, the popularity has led to some curious-minded individuals to try it out, thus spreading the scam further. Sometime back, other scams had also become very popular as WhatsApp is one of the most globally used communication applications.

Have you fallen victim to it? Share your experience with us in the comments below.