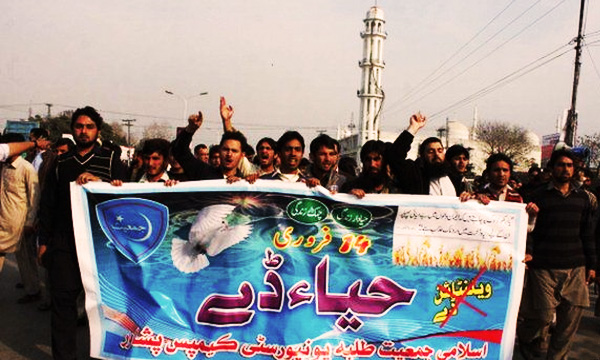 In 2014, there were clashes at a university in Peshawar over Valentine’s Day. Liberal students were celebrating with red balloons and cake while another group felt such a show was un-Islamic.

Dozens of students threw rocks in the scuffle, leading to gunshots being fired by both sides and rooms in a student dormitory being set on fire. Three students were injured and stones were thrown at police.