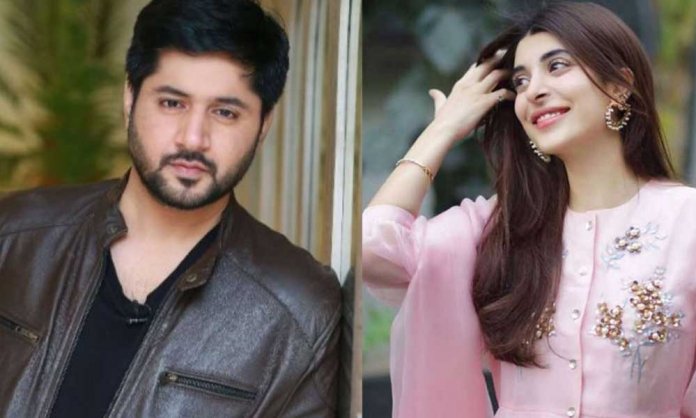 After Udari, Urwa took a long break from television and left us in anticipation about her comeback.

Udari was one of her hit drama serials that highlighted a taboo issue. Her character received an amazing response from the audience and critics.

Also, she was very much involve on the big screen and did three movies in past 4 years. But we missed her presences on small screen.

However, she is ready to make her comeback with Imran Ashraf who is just throwing hit drama serial one after another.

As per the sources, the script writer is Ashraf himself and the director of the drama will be Ahson Talish from “Suno Chanda”. This is what you call a dream team! None of the team members said anything about the story but the actress herself share a bit of her excitement saying:

“This will be my first TV project after Udaari. After Udaari, I did three films: Na Maloom Afraad 2, Rangreza and Punjab Nahi Jaungi.

I had then taken a break from acting this year as I was focusing on the production of my movie, Tich Button. My film is now in the post production phase, so keep an eye out for that one too early next year.”

She revealed that she isn’t just returning to TV but also producing a movie called ” Tich Button”. News has it that the movie will feature Feroz Khan, Iman Ali, Farhan Saeed, and Soniya Hassan.

The Drama Urwa is making a comeback will air on Hum TV Network and will be called “Mushk”. No release date has been shared at the moment but we might watch the series sometimes in next year. We are certainly excited to watch Urwa act again on small screen and we think Imran Ashraf with Urwa will make an amazing on screen couple.

Are you guys excited about this news? Share your thoughts in the comments below.