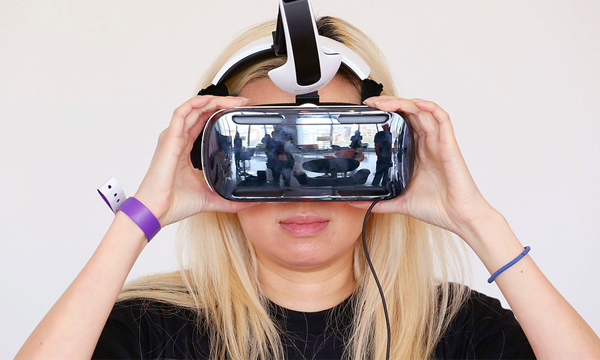 The world has now become equipped with technology which is changing much faster than a few decades ago. 2015 may not have been a prominent year for great technological advances but it is surely a cue for 2016 to follow with greater innovations and inventions taking place globally.

The year 2016 has been predicted as the foundation year which will set the tone for what to expect from the technopreneurs.

Let’s have a look at the predicted tech trends that are yet to make waves: Mobile payments are set to take off and receive better reception as compared to 2015.

Since it’s relatively secure and protects the user’s actual personal details by substituting it with a numbered token.

For the businesses who are already offering mobile payment systems, the cost of upgrading the terminals will require a heavy investment.

Samsung Pay will be able to lead the game as it intends to introduce the payment option with Galaxy Note 6 and Galaxy S7 models.

There will be a greater number of businesses who will be offering various mobile payment options such as Android PAY, Apply Pay whereas other firms will also be jumping on the bandwagon. There were many talks and conferences held with experts who emphasized the next big step for technology: Internet of Things.

An automated, responsive and smart home that molds itself to their residents routine or lifestyle would make the life so much easier.

In 2015, the Internet of Things experienced division due to the lack of a common set standard and the not so serious approach of big shots like Google and Apple towards it.

It will be so much easier to be able to schedule lights to go out, the standardization of the thermostat, electronic appliances getting smarter and other convenient features all operated from a single device.

Let’s see if the issues hindering the progress can be resolved. Apple has also introduced its smartwatch to enter the wearables race and compete with other contenders.

However, they did not have a particular competitive advantage that could help them standout design or feature wise. Let’s wait and see what they will be unveiling this year.

It is expected that the smart watches will become better as compared to what they were a year ago.

The shortcoming of the smartwatch is that it isn’t intelligent enough to differentiate between important and not so important notifications and  does not possess the capability of adapting to the routine of it’s users. Oculus Rift, the virtual reality system, will be finally gracing the markets this year.

Equipped with the Oculus Touch, the movements of the head and hand gestures will be more aligned.

Samsung also launched it’s Samsung Gear VR last year. Even though it was not too amazing but it was a good value for money deal.

These are just a  few examples of the forerunners offering augmented and virtual reality such as Samsung, Oculus Rift, and Microsoft’s Hololens.

We’ll just have to wait and see how it fares among the users. We have all been there when Cortana or Siri were not able to provide us with a suitable answer which led to irritation or frustration.

The virtual assistants have been predicted to get even more smarter in the year 2016.

Google has been working tirelessly to further enhance the intelligence through it’s sophisticated machine learning algorithms.

The smarter these virtual assistants become, the smarter will be our wearables and other devices it is integrated with.

The next step for the AI systems will be the vehicles we drive similar to the self-driving cars. The battery has been reduced in its size to make way for a slimmer and sleeker design for our smartphones and gadgets.

Super-charging batteries being offered by LG and Samsung only provide a temporary solution for the minimized battery life.

StoreDot, has been able to come up with an idea where the smartphone will only take half a minute to charge but which also indicates that the batteries will be becoming concentrated with greater power which does not require to be charged quite a few times in a day.

If this works, it will be great to see 2016 as the year where somebody did it. The 4K screens will be replacing the 1080p screen resolution. 4K televisions were already present in the last year.

The 4K technology is yet to make it’s widespread debut as the smartphone screens. Sony’s Xperia Z5 Premium offers a 4K screen.

The 4K technology will make the images and other kinds of content, even more vivid and close to reality but also improve upon the virtual reality experience.

Self-driving cars by Google and Ford will be tested on the streets of California.

Google has also been test-driving it’s self-driving  cars for a while now. The self-driving options are not standardized but are being treated as an add-on. Pakistan to have 40 Million Smartphones by December 2016

2016 has begun with the promise of technological leaps and we can’t wait to see these innovations soon enough.