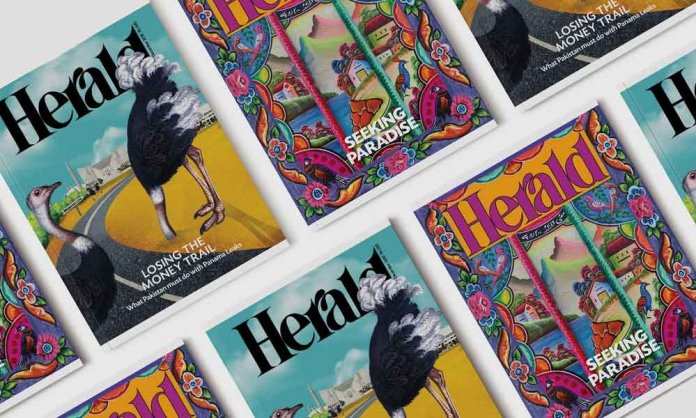 The Herald, a publication of the Dawn Media Group, has been in circulation since the early 1970’s. It will be rolling out its commemorate 50th-year-anniversary issue in January 2019 which is speculated to be the final one.

According to sources, employees have been asked to work on the anniversary edition, and have been informed that it will be their last. The sources have further mentioned that this decision has been taken because of a financial ‘crunch’.

Curtain is falling on the most respected English language magazine of Pakistan. Employees of monthly Herald h ۔ ave been told that issue of January 2019 will be the last issue of 50 years’ old magazine.

However, a former Dawn News employee, Alia Chugtai has shared that there is no official notice or statement from the publication in regards to the news. It has neither been confirmed nor denied.

Since its start in 1969, The Herald has contributed to quality journalism by publishing groundbreaking news and stories, in-depth analysis and investigative reporting on various occasions.

The magazine also has a vast following all across the globe including United Kingdom, Middle East and North America.