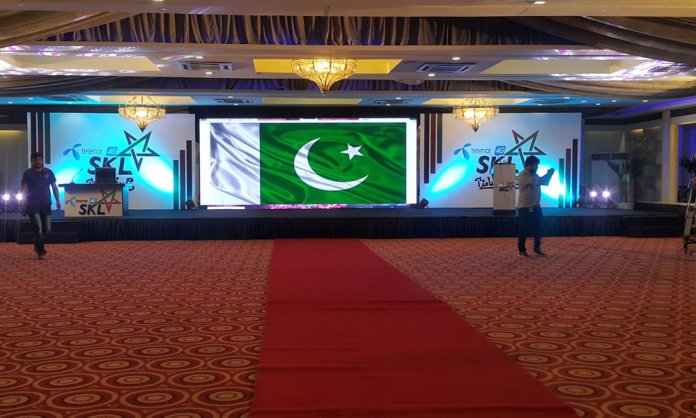 This will allow 10 teams which are participating in the league to select from 120 athletes including international players.

10 teams are participating in this event starting from 1st to 10th May in Indoor Gymanisum Hall, Nishtar Sports Complex, Sports Board Punjab#SKLdraft @SuperKabaddi1 pic.twitter.com/8mi3vlZ85c

Faisalabad will be the first franchise to select the first player in the first edition of SKL. There are 16 foreign Players are in the draft of Super Kabbadi League. Only 10 will be picked for the event.

Each team will pick 2 Platinum, 7 Gold and 1 Foreign Player in their team.

16 foreign Players are in the draft of Super Kabbadi League.
Only 10 will be picked for the event.#SKLdraft @SuperKabaddi1 pic.twitter.com/5mXAMXJ9o6

Superstar Shehzad Roy is also a part of today’s draft, he is the owner of the franchise Kashmir Janbaaz and is present to support his team.

Bismillah karan! Draft has begun for the @Super_Kabaddi League!

Round 1 has come to an end and the first list has been finalized! Here are the first Premium category picks for each city:

SKL Round 2 Premium Category has started!