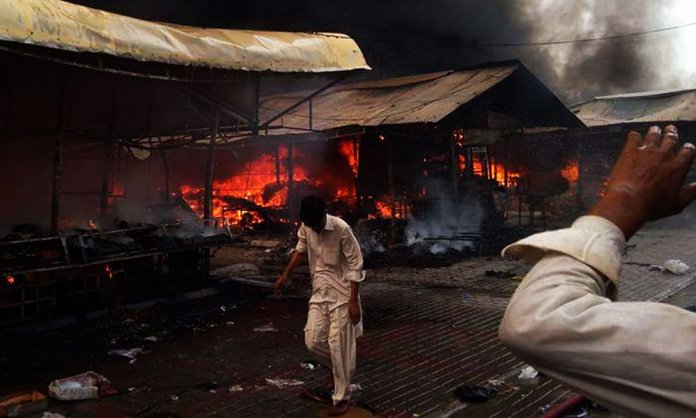 Islamabad’s Sunday Bazar became the victim of blazing fire as black clouds covered the sky on Wednesday morning. The sudden outbreak took down 600 stalls in its wrath.

The reason behind the chaos began when vendors started a fire near a stall, which eventually became uncontrollable and spread within minutes.

To attend to the fire, 12 fire trucks were dispatched immediately. According to officials, due to the change in weather, the winds carried the sparks which eventually led to the incident. 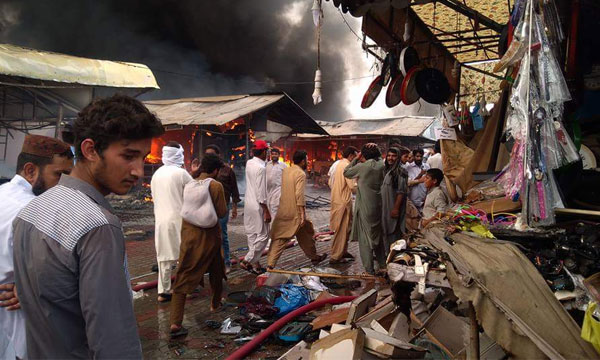 As of now, the rescue team has said that the situation is under control and that the fire will be extinguished completely very soon. 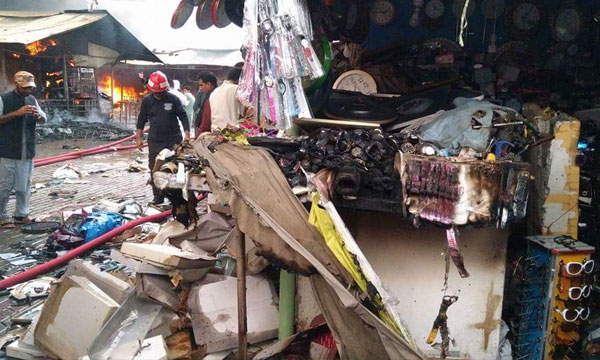 Fortunately, no loss of life was reported as the market stays open only on Sunday, Tuesday, and Friday.

We hope that this spreads a message to everyone about starting fires near stalls, trees, and other places which might potentially turn in to a big disaster.

These fires are usually lit to destroy trash and other materials, however, no one realizes that not only are these fires contributing to pollution, they also create cancer causing elements which are inhaled by men, women, and children.

If you see a fire, please extinguish it if possible with water or ask the people who are starting it to stop because it can turn out to be a haphazard.