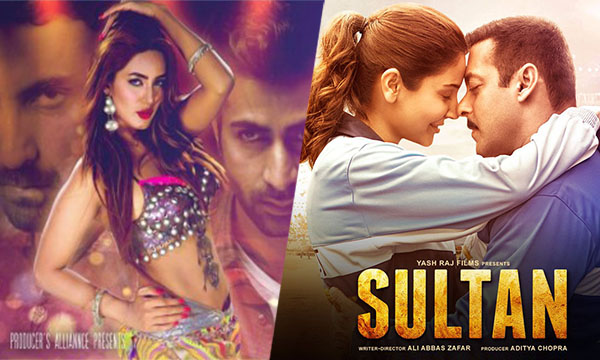 Eidul-Fitr is the holiday when upcoming  Hollywood, Bollywood and Lollywood movies battle it out at the box office. This year however, since a lot of Pakistani movies stretched the release dates until after the Eid holidays, the line up for Pakistani movies doesn’t look promising. However, the producer of the upcoming Pakistani movie Blind Love, Ejaz Kamran has his hopes set high. One of the Pakistani movies, which will premiere on Eidul-Fitr is Faisal Bukhari’s Blind Love. The upcoming film won’t be thriving on big celebrity names of the Pakistani film industry, not unless you consider Mathira a big name in the industry.

Blind Love, will be competing with the Salman Khan and Anuskha Sharma starrer, Sultan. Sultan will not be the only competition the Pakistani movie will be up against. Pixar’s Finding Dory is also expected to hit the screens during the same weekend. “The government should ensure that Pakistani films are given more screens so as to encourage our own industry”, said Ejaz Kamran while talking to Express Tribune.

However tough the competition may seem for Blind Love, the producer is confident about the movie recording an opening weekend in the range of Rs30-40 million. Even IMGC Entertainment, the distributors of the film, believes that the movie would benefit from the holiday release.

“Not everyone would be able to see Sultan so those who are unable to, would definitely want to see another film,” explained an IMGC official. “So Blind Love will benefit greatly from the footfall it gets as a result of Sultan.”