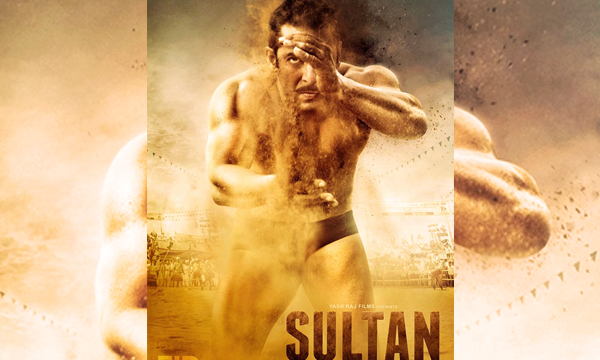 The blockbuster starring Salman Khan has done wonders at the box office- admired by the fans, masses and the critics, the movie has been the fastest at the box office. Sultan has reapedINR 11.50 crores and INR 15 crores on the weekend. The movie made INR 4.25 Crores on second Monday and took the grand total to INR 267.34 crores in 12 days. The movie also has managed to become the fourth movie to reach the mark of INR 500 crores globally.
The Salman Khan and Anushka Sharma starrer is sure to cross the business of Dhoom 3 in a day and then will bag the number 3 spot. As Mohsin Yaseen, the general manager Marketing at Cinepax told The Express tribune “I think Sultanhas already collected at least 28 crores.” A GEO Films official stated that Sultan has reaped PKR Rs. 300 million and more is expected. Geo Films was also the local distributor for the movie. “It’s still in the cinemas for the next few weeks and we are hoping it will touch at least Rs400 million,” the official said.

Salman Khan and Anuskha Sharma’s movie Sultan has been doing exceptionally well at the box office- the movie has managed to cross INR 200 crores, in  just a week, despite 15% dip in sales on Tuesday.

Sultan has managed to reap INR 13 crores on Tuesday and took the seven day total to INR 208.59 crores- the film is the fasted ever to cross 200 crores.

It is likely that by the end of this week Sultan will be able to cross the INR 230 Crore mark- crossing the overall lifetime collections of Kick and Chennai Express in only one week.

Sultan broke all records this Eid with the biggest, opening day business. According to reports, the movie starring Salman Khan made Rs 7 crore in two days of its release in Pakistan.

The harder the struggle, the more glorious the triumph #SultanOnJuly6

The Salman Khan and Anushka Sharma starrer has earned Rs 150 million over the first five days of its release, setting a new record of business for Eid days. According to the Geo Films, the distributors of Sultan in Pakistan, has eclipsed the opening weekend record set by Pakistani movie Jawani Phir Nahi Ani  on Eidul Azha last year.

Released on the first day of Eid, Sultan earned approximately Rs. 35 million and Rs. 41 million on its first and second day respectively. The opening day collections are nearly twice as much as when compared to JPNA’s Rs. 20.7 million.

On the other hand, other international and domestic releases have not fared so well at the local box office.

Finding Dory, and the Pakistani heist-film Sawaal 700 Crore Dollar Ka, saw a decline in their numbers as Sultan’s numbers were the talk of the town over the past five days.

Finding Dory was shown in only 15 cinemas with its box office collections amounting to Rs 3 million after the first two days. While Sawaal 700 Crore Dollar Ka, earned just Rs 3 million and is expected to be taken down from cinemas right after Eid with distributors citing low-turnout and underwhelming audience response as a major factor.

At the Bollywood box office, the estimates predict that the film has earned INR 39 crores on Sunday taking the movie closer to a mark ofINR 200 crores.

Following the trend, Sultan movie is sure to cross the 200 crore mark in a week’s time.