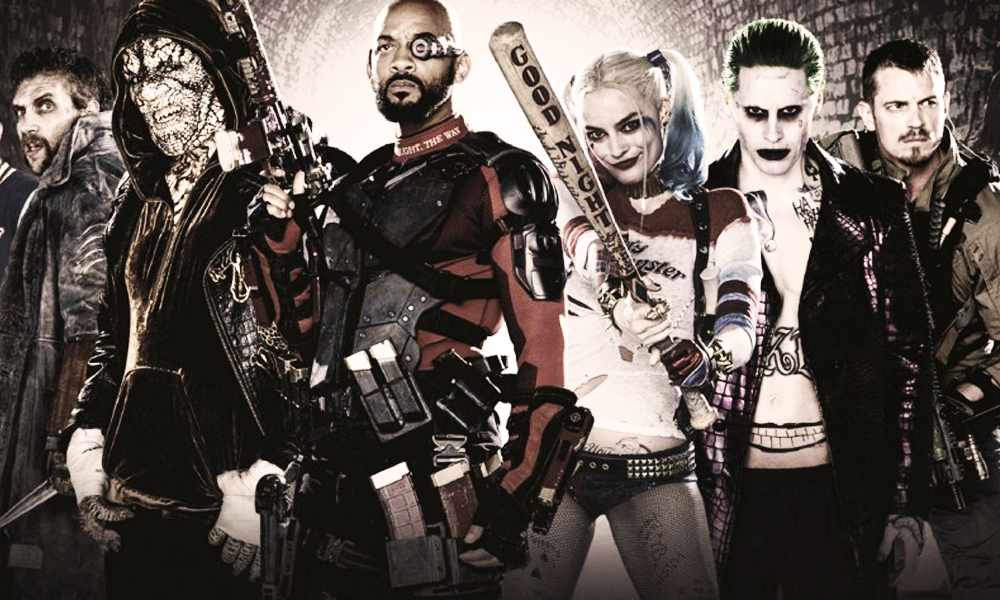 Suicide Squad is Warner Bros. 3rd movie in the DC Extended Universe (DCEU), that looks to buck the trend of cinematic criticism and largely dull, confusing and complicated movies. Viewed as an inferior comic movie series compared to the Marvel’s Cinematic Universe, WB looks to replenish the series by introducing a lighter tone with Suicide Squad, compared to the previous rather dull movies in the franchise.

The previews looked rather exciting with the very first portrayal in the Cinematic Universe of Batman Comic’s iconic characters, as Harley Quinn, Deadshot, and a different Joker, after the deceased Heath Ledger’s Oscar-winning portrayal of the character.

Grouping them together is a Black Ops initiative created by Amanda Waller, played by the esteemed Viola Davis, with the help of Rick Flag to carry out government tasks in exchange for lower prison time.

While the previews, characters, trailers looked exciting, it created an expectation that would really put DCEU on the map, in serious competition with the MCU. However, it rather collapsed in comparison with the expectation, and a great deal of sloppy writing and direction.

It’s a movie of two halves, similar to BvS. One is good, while one is just mediocre. The first act of the film was rather enjoyable, introducing all the characters and their back stories.

These back stories were rather short, cutting to flashbacks and previous escapades with brief cameos by Ben Affleck’s Batman and Ezra Miller’s Flash. After the second act, when they set on to carry out these missions, the movie started to nose dive fast.

The movie became incredibly confusing and dull, trying hard to be dramatic, funny, action-filled, all at the same time. At one point, I didn’t even know what the mission was, because what the movie built up to, introducing the villain and a destructive plot, wasn’t the mission at all. It felt as if the Squad and Rick Flag just walked 10 blocks through Midway City to kill some bad guys and that’s it!

And most of the Squad was so insignificant and useless, that by the end one could see that this movie would’ve been unaffected by some of these characters.

Characters like Killer Croc, Captain Boomerang, Katana and some others, while being suitable for their respective characters, were incredibly useless and irrelevant. Rick Flag, the leader of the operation, failed so miserable to be the alpha of the group and in one instance became incredibly vulnerable, something you wouldn’t attach to such a character.

Some instances in the movie showed poor editing, with spontaneous music cues and poorly cut scenes with some people being confused ‘how did we end up here’. But every movie is, however, always as good as its villain. And in this case, it was complete shambles. The God-like build up of the villain was so easily and quickly capitulated, that it really summed up the movie’s poor premise.

There are standouts of course. Margot Robbie made Harley Quinn her own signature character with her similarity in looks, dialogue, and mannerisms. Being the main character of the movie, she tried to bring a light tone to the movie with a lot of jokes and cleverness.

However, these jokes largely fall flat, making the character too cute than she’s actually supposed to be. While the jokes are a lot, more than they’re supposed to be.

Another standout character is Amanda Waller. Viola Davis brings the steel and dominance to the rather heartless character which makes her dreadful, something needed to control the Squad. Will Smith’s performance as Deadshot could be deemed as one of his best performances of his career. He brings his charisma and wit that ttles in well with the leader of the Squad.

And then there’s another disappointment, a massive one. One which was set up to be the main attraction of the movie, the Joker; however, he barely featured in the film and when he did, it was confusing how his storyline came to grips with the Squad. His chemistry with Harley Quinn is evident, but his portrayal of the character is rather disappointing.

With a voice incredibly similar to Heath Ledger’s, laughter which seems rather forced than spontaneous, and looking like a bad cosplay of an over tatted, insanely Gothic and luminous dyed Joker, he was more focused on showing off his chest muscles.

Jared Leto wasn’t scary, menacing, or even cleverly mad; he was trying hard, but failing incredibly. Jared Leto was NOT the right choice for the Joker after all from what I’ve seen. Maybe his other performances will change my mind, but so far he hasn’t been exciting, or entertaining.

Suicide Squad is another critical failure, following the other failures by WB in BvS and Man of Steel, which makes the DCEU far behind in catching up to the success that Marvel have achieved. Suicide Squad tried to combine fun, action, wit and comedy, with a dramatic effect to the story, something which Marvel did perfectly with Guardians of the Galaxy. Suicide Squad was rather a lesson, how not to do that, ending in a disappointing failure.