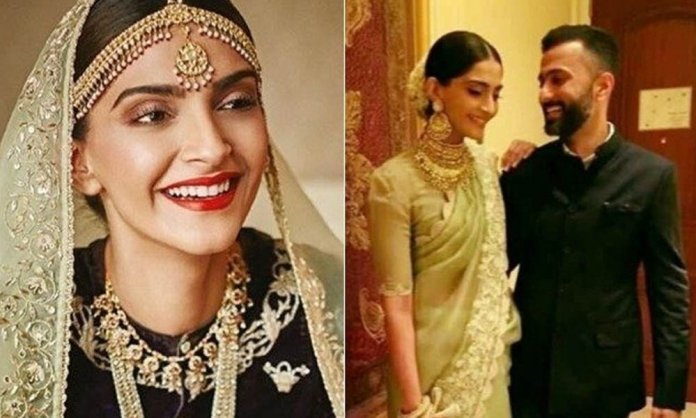 All those who had been wondering about whether or not Sonam Kapoor would be getting married to her long-time beau, Anand Ahuja, well we have news for you!

In an official confirmation released by the Kapoor and Ahuja family, it has been confirmed that the adorable duo would be tying the knot on May 8th in Mumbai.

“The Kapoor and Ahuja families take great joy and pride, in announcing the marriage of Sonam and Anand. The wedding will take place on the 8th of May in Mumbai. Since it is an intimate affair, we request you to respect the family’s need for privacy. Thank you for all your blessings and love, as we celebrate this special moment in our lives,” read the joint statement.

The two families are gearing up for the big fat wedding and we have all the details including the e-invites that the couple chose to send out instead of paper ones!

And of course, we just had to share them with all of you! Read on to know all the details about Sonam and Anand’s big, fat Indian wedding!

Take a look at the e-invites that were sent out by the couple for their special day. 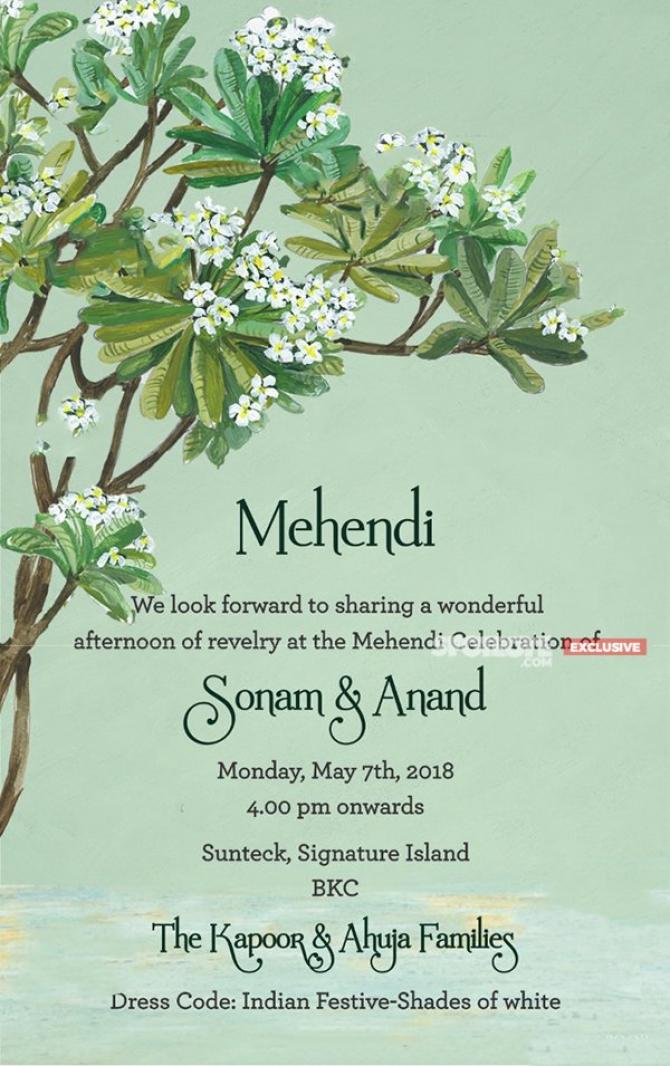 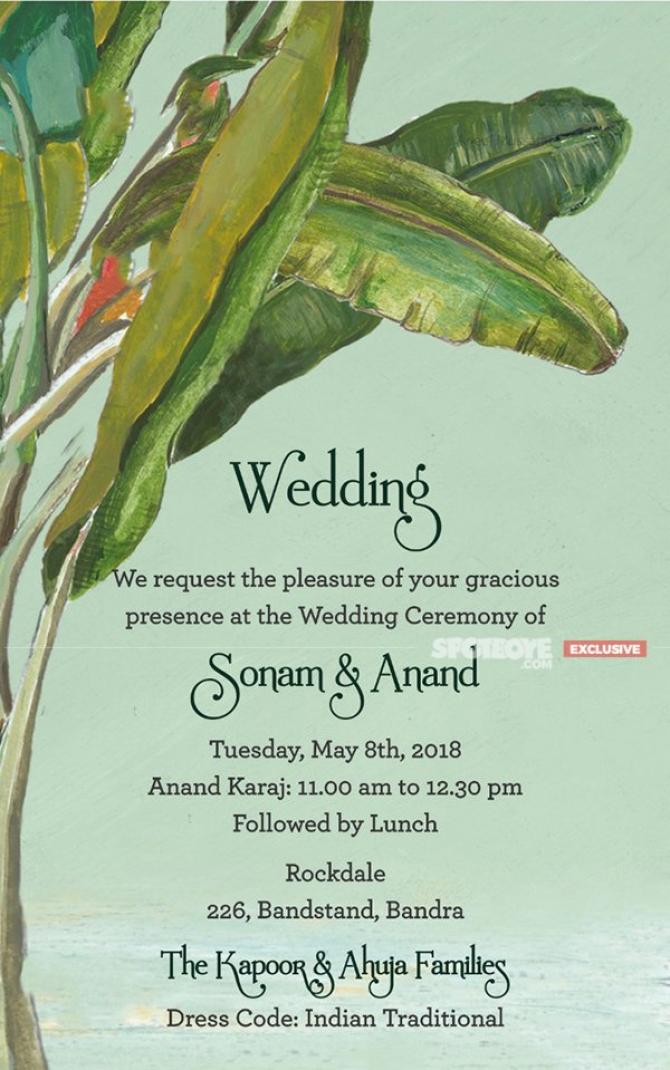 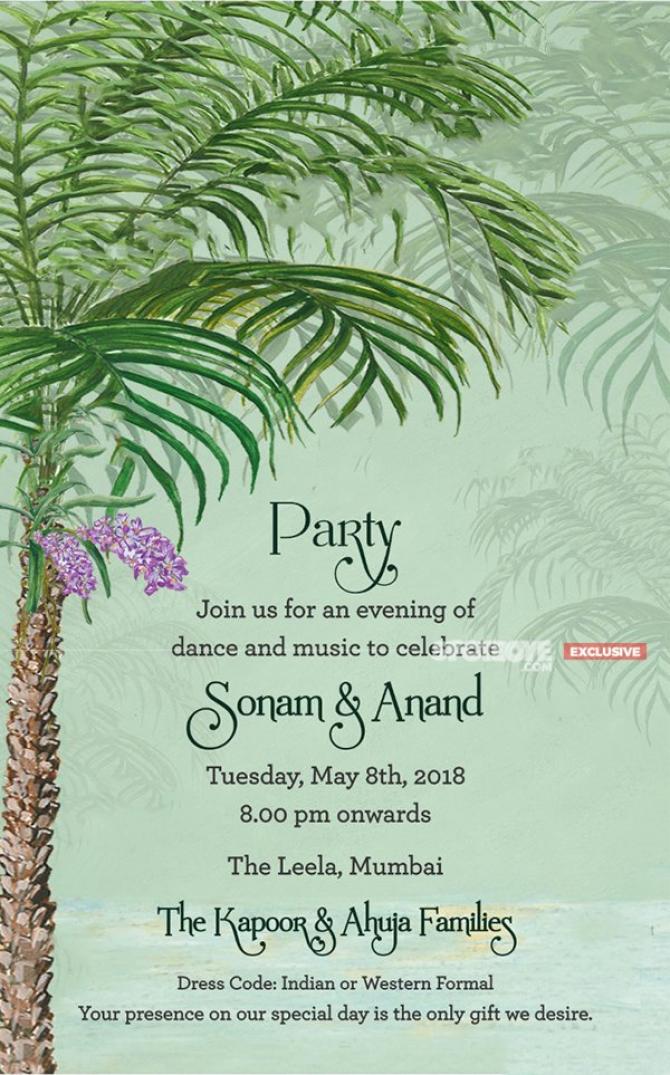 Amongst the wedding festivities include a mehndi and sangeet ceremony that is all set to take place on May 7 from 4pm onward at Sunteck Signature Island, in Bandra-Kurla Complex. Sonam being a fashion icon for all the youngsters have set her Mehndi-Sangeet theme to be different shades of white – different yet classy just like Sonam herself!

The stunning couple would be tying the knot the next day on May 8th where they will be taking their vows in a traditional Sikh ceremony. With the rituals starting around 11, the guests have been requested to attend the wedding at Sonam’s aunt’s heritage mansion in Bandra. The dress code for the wedding is set for traditional wear.

After that, the guests would be partying hard at the grand reception from 8pm onward at a suburban five-star hotel – the theme for which is set to be Indian or Western formals.

Preparations have already started and Sonam’s house has been all decked up.

Check out the video of Sonam’s mom taking care of all the decoration at her daughter’s house.

The excitement for #sonamkishaadi begins. #sonamkapoor mom overlooks the decorations at her home today #suneetakapoor

Well we sure can’t wait for the D-day! We wish Sonam and Anand heartiest congratulations!