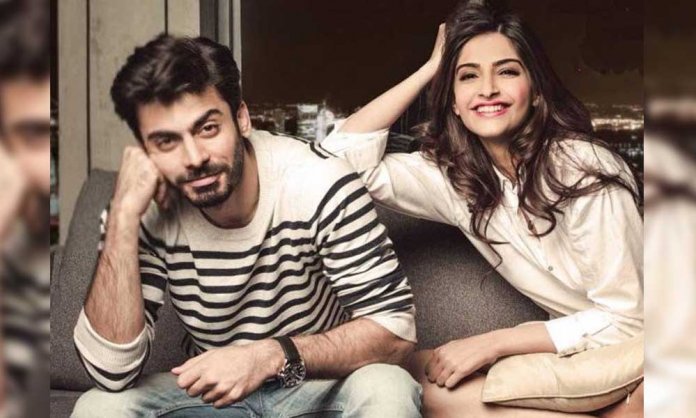 Fawad Khan became an instant hit in Bollywood after making his debut with Sonam Kapoor in ‘Khoobsurat’. Sonam revealed that no other actor wanted to work with her in the movie and that is why Fawad was cast.

Sonam said it was very challenging for them to find a male lead since the name of the film was Khoobsurat.

“I can’t explain how difficult it was to make Aisha. Do you know how much effort it took to make Khoobsurat? No hero wanted to work with me because it was called Khoobsurat. I had to get Fawad Khan from Pakistan,” she revealed in an interview with Filmfare.

Taking credit for Fawad’s success she added that movie proved to be great for his career.

“And look at what happened. Fawad became a huge star. He had confidence.”

Fawad might have made his Bollywood debut with Khoobsurat, however, it was Kapoor and Sons and Ae Dil Hai Mushkil that showcased his true talent.

The Pakistani star enjoys a huge fan following despite the current political situation that does not allow Pakistani actors to work in India.