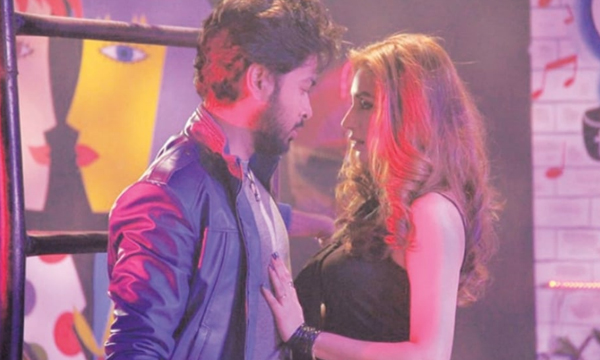 Shehzad Roy is on fire in his rocking comeback in the music video titled Jind Jaan. The singer has just rolled out the video of his pop song in which he is portraying a-never-seen-before avatar.

In the video, Roy is showing his killer bad boy looks and will be romancing the breathtakingly gorgeous Iman Ali. You can also spot Yousuf Bashir Qureshi as a villain in Jind Jan’s video.

It won’t be wrong to say that this new song differs from his usual songs that focus on highlighting socio-political dilemmas. Roy has always experimented with his music and this time too he is bringing back his old but charming and lovey-dovey melody.

For this song, Roy has collaborated with the  powerhouse of talent, Zoe Viccaji, who has made an attempt to sing in Punjabi for the first time ever.

Along with his music career, Roy is also foraying into movies, where he will be working with ace music video director Ahsan Rahim and the story of which is penned by Anwar Maqsood. This video of his song ‘Jind Jan’ is clearly speaking of his potential as a hero.