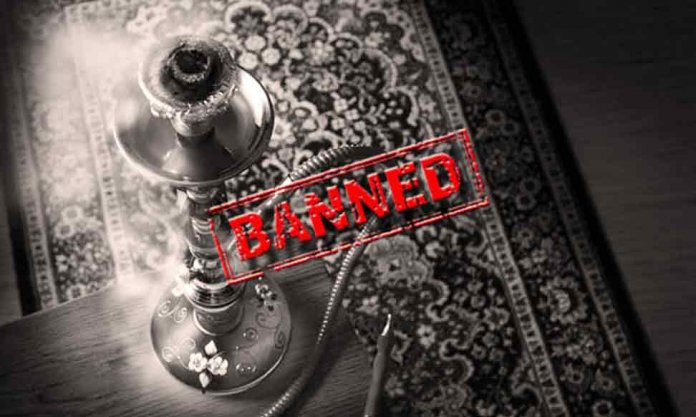 Additional Inspector General of Police on Thursday issued a notification seeking action against Sheesha bars in Karachi running illegally in the metropolis.

The letter stated that despite repeated requests for action, Sheesha is still illegally served in various restaurants, eatery houses, and hotels.

It is to be noted that the government has prohibited the use of Sheesha even in smoking zones in 2015.

It has been observed that a large number of café bars, restaurants and hotels in Karachi are serving Sheesha to the customers especially youngsters which contains hundreds of potentially dangerous substances which is not only dangerous for human health but also violation of directives passed by supreme court of Pakistan regarding ban regarding ban on Sheesha Bar, in 2015.

He further added that strict directions should be given to the lower staffs of the restaurants who are involved in serving Sheesha.

You are hereby directed to issue stricT directions to your subordinate staff to start crackdown against Sheesha bars and take action against the persons involved and report progress.

Read the notification below! 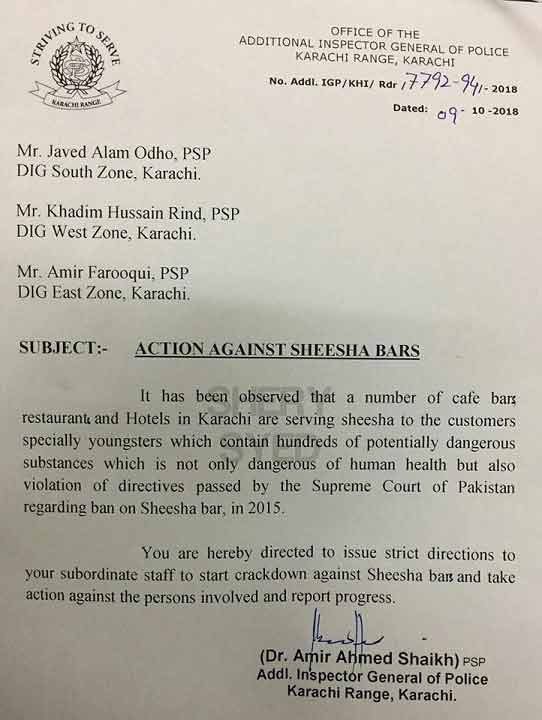