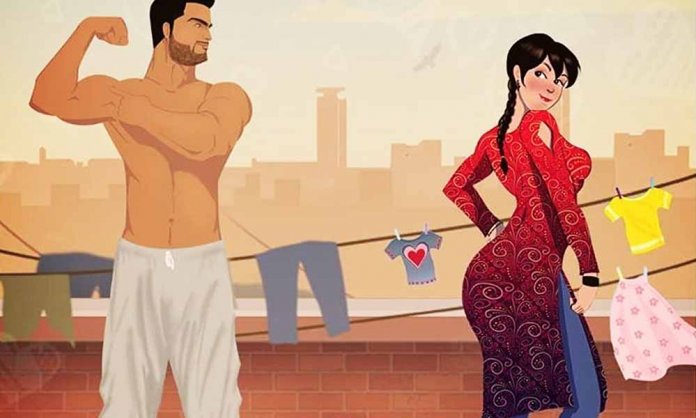 Although relatively new, web series have become highly popular in Pakistan and is allowing filmmakers to come up with unique format, styles, and stories that become an instant hit among the audience.

One such project is the ‘Shameless Proposals’, an upcoming web series by Sadia Jabbar, that aims to talk about the taboos associated with arranged marriages in our society.

This episodic series, in collaboration with BVC media, will highlight the struggles faced by girls from ‘their’ perspective which are often ignored by the mainstream media.

We have got our hands on its much-awaited trailer now and it reveals that it will take on the social stereotypes in a hilarious way!

Watch the trailer of the ‘Shameless Proposal’ below!

Penned down by Saji Gul, the trailer features a young girl who is going through the phase of proposals. She will come across seven guys, each proposal with a different demand, and she’ll have to choose one of them to spend her life with.

Directed by Hunny Haroon, this web series will take us on a hilarious ride meanwhile, discussing some serious issues including the objectification of women and how young girls are forced to get married by their family due to pressure from the society.

With a captivating poster that was released last year, ‘Shameless Proposal’ was able to grab the attention of the people due to it’s out of the box concept. The teaser has further intrigued the audience and it is making rounds on the internet.

The first episode of ‘Shameless Proposal’ will be released on 29th March 2019.