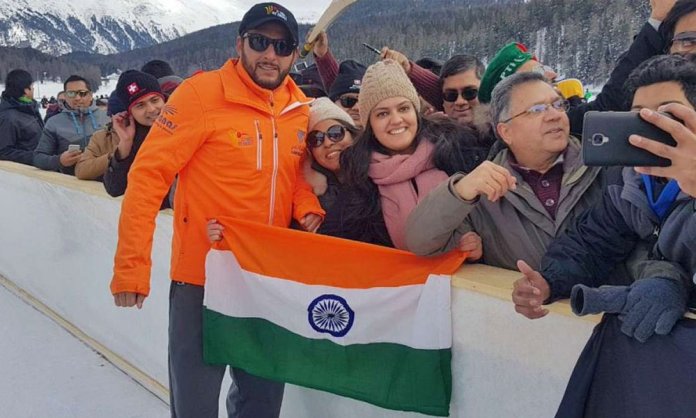 Sportsmen have their own charm, their personalities are just incomparable, and it is a delight that these men represent our country, a true honor.

One such example of a legendary sportsman is our very own Shahid Afridi!

While meeting with fans, and taking a number of selfies, Afridi was seen asking a fan to hold the Indian flag properly! 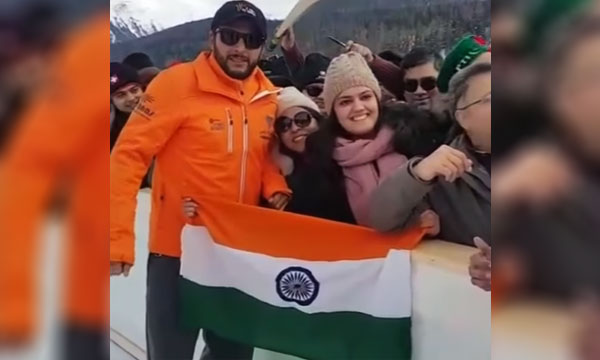 Afridi asked his Indian fan while posing for a picture on the sidelines of the St. Moritz Cricket Tournament. He was among a host of former cricketers who took part in the inaugural event which concluded on Saturday, 10th Febuary .

That’s not the first time Afridi has respected a flag, in the same video, he was seen fixing the placement of Pakistan’s flag as well.

From the beginning of time, the sportsman has talked about the amount of love he has received from India and has been seen on the field having fun with his friends from the Indian cricket team.

Not only did this lovely gesture win hearts across the border, Lala also managed to win the hearts of Pakistanis as well! Now that’s sportsmanship!

Afridi asks a fan to hold Indian flag properly! Watch the video below!

The smallest of gestures can be remembered forever, Afridi just showed everyone that we all need to be better human beings despite how the political relationships between both the countries might be.