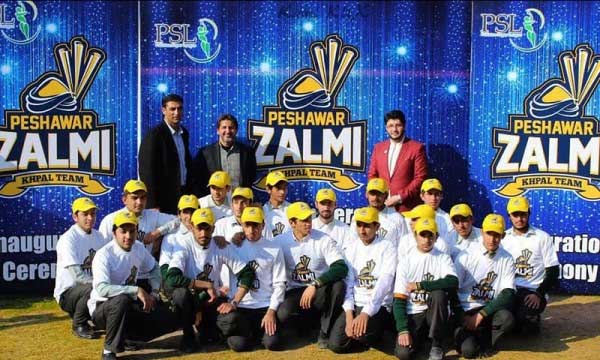 The students were taken a special chartered plane of a private airline from the Bacha Khan International Airport; the services of the Pakistan International Airlines (PIA)  remain suspended because of a protest by employees against the firm’s privatisation.

Star cricketer Shahid Afridi previously informed the media that he intends to fly 150 students from Army Public School (APS) to witness the opening ceremony of Pakistan Super League (PSL) to be held in Dubai. “The lack of extracurricular activities at school and college level are alarming and this problem needs to be solved as soon as possible,” told the T20 captain Afridi to the students gathered for the talent hunt in the APS premises for new blood to become a part of the Peshawar Zalmi. Javed Afridi, owner of the Peshawar Zalmi was also present.

“Khyber- Pakhtunkhwa (K-P) and Federally Administered Tribal Areas (Fata) are full of talented players who should be given opportunities.”

Afridi also said the Peshawar Zalmi coaches are putting in a lot of efforts the team and it’s players. Later, the leagues’ cricket kits were handed out to the students as well.

Regarding his performance in the T20s for the national team, Afridi stated that he always tries his best to encourage the teams’ players and cooperates with them in all aspects.

He even criticised Ahmed Shehzad and Umar Akmal’s performances in recent matches and stated that in a team game such as cricket each individual must contribute to the overall success of the team.

Shahid Afridi even announced his retirement after World T20 and praised the role played by people of Fata.