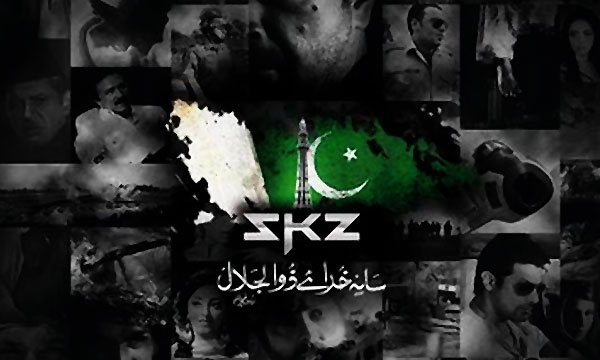 Saya E Khuda E Zuljalal, the most expensive Pakistani movie to date has just released its much-awaited trailer for the masses. Amidst much delays, the movie is finally all set to pave it way to the cinemas of the nation.

This film is the story of Pakistan narrated by the Heroes of Pakistan, what the country was supposed to be and what it is today.

View the trailer of Saya E Khuda E Zuljalal below

The release date of the movie is still a mystery and will be announced very soon, as pet the movie’s official Facebook page. The movie also features a patriotic song featuring the celebrated cricketer Shoaib Akhtar. The release of Saya E Khuda E Zuljalal has been postponed from 14th August 2014 to an unannounced date later this year.