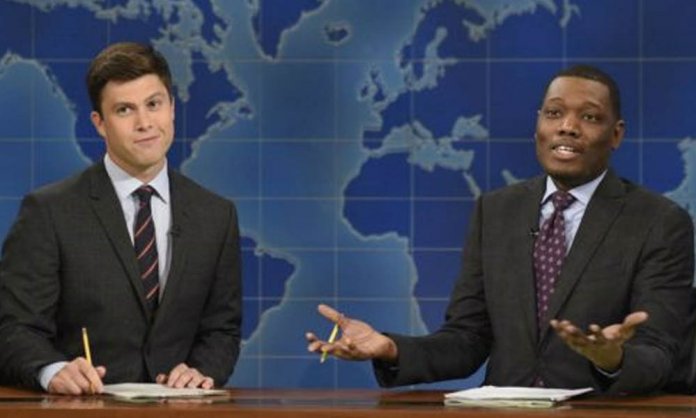 US comedians Colin Jost and Michael Che, members of the cast of the long-running sketch show “Saturday Night Live,” will host the Emmys — the top awards in the world of American television — in September, organizers announced Thursday.

Jost and Che are the current anchors on SNL’s newsy “Weekend Update” segment — meaning their Emmys material is likely to feature a wealth of political gags.

The awards gala takes place on September 17 in Los Angeles at the Microsoft Theater and will be aired on NBC.

Jost joined SNL as a writer in 2005 at the age of 22, and only moved in front of the camera on a regular basis in 2014. Che joined the show in 2013 and took the co-anchor chair alongside Jost the following year. Both are native New Yorkers.

The chairman and CEO of the Television Academy, Hayma Washington, said the Emmy-nominated duo “have an amazing onscreen rapport and we are delighted to begin working with them.”

Last year, another king of late night US comedy, Stephen Colbert, hosted the Emmys, just a few weeks before the #MeToo era exploded with allegations of sexual misconduct against movie mogul Harvey Weinstein.

Nominations for the 70th Primetime Emmys will be revealed on July 12.