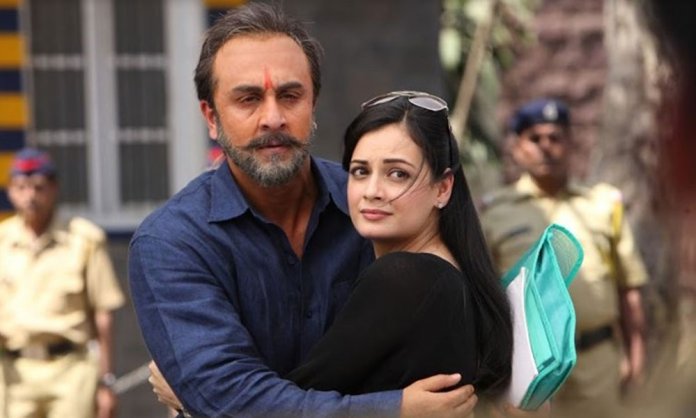 An Indian biopic out this week charts the troubled life of Bollywood star Sanjay Dutt, including his battles with drug addiction and jail time for keeping illegal weapons.

The Hindi-language actor, nicknamed “Deadly Dutt”, served over four years in prison for possessing guns supplied by gangsters behind a series of bombings in Mumbai in 1993, India’s deadliest to date.

“Sanju”, which hits screens on Friday, covers the period from just before Dutt’s Bollywood debut with “Rocky” — nothing to do with the 1976 Sylvester Stallone classic of the same name — in 1981 to his release from jail in 2016.

Director Rajkumar Hirani and co-writer Abhijat Joshi interviewed Dutt, played by Ranbir Kapoor, extensively to try to understand the motivation behind some of his actions.

“I was interested in exploring why he did it,” Hirani told AFP, insisting that the film is not a hagiographical account of the 58-year-old’s life.

“The story is told as seen from our point of view. Let people decide who he was,” he added.

Dutt shot to fame in the mid-1980s in a string of action movies in which he performed his own stunts, earning him the nickname “Deadly Dutt”.

But the star was also struggling with substance abuse, including heroin and cocaine, that is said to have been sparked by the pain of losing his mother, Indian screen icon Nargis Dutt, to cancer.

Dutt took some time out before returning with a string of hits in the late 80s, including “Jeete Hain Shaan Se” and “Kanoon Apna Apna”.

His success at the box office continued into the early 1990s with “Saajan” and “Khal Nayak”.

But his life took a dramatic turn when he was arrested following the orchestrated bombings in Mumbai, then called Bombay, in March 1993 that killed 257 people.

Dutt was eventually convicted in 2006 of holding guns supplied by mafia bosses who carried out the blasts.

The attacks were believed to have been staged by Muslim underworld figures in retaliation for religious riots in which mainly Muslims died, following the razing of an ancient mosque in north India.

Dutt insisted the two guns were only meant to protect his family in the tense atmosphere in Mumbai following the mosque’s destruction.

He was originally given a six-year term and spent 18 months in prison before being released on bail in 2007, pending an appeal.

In March 2013, the Supreme Court upheld his conviction but cut his prison term to five years, sending Dutt back to jail to serve the remaining three-and-a half years of his sentence.

Hirani said he and Joshi had pieced together Dutt’s life by cross-checking what he had told them with police reports, lawyers’ accounts and testimony from friends and family.

The director added that the movie will also touch on the thrice-married star’s numerous girlfriends and his difficult relationship with his father, Indian acting legend Sunil Dutt.

“The film is about relationships,” he concluded.