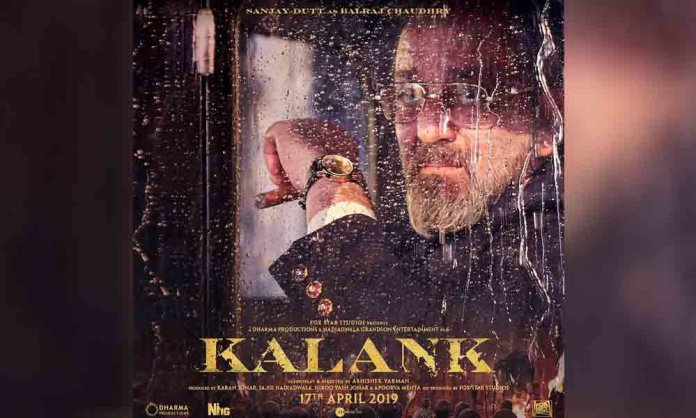 Karan Johar’s upcoming venture Kalank has already created quite a buzz among the audience and has become the most anticipated film of the year.

We all know how Alia Bhatt took inspiration from Sanam Saeed’s role in Zindagi Gulzar Hai to play her character in Kalank. The late producer, Yash Johar had also visited Pakistan in his life to take set design inspiration from our cities.

Recently, the veteran actor Sanjay Dutt, who plays the patriarch Balraj Chaudhry, revealed the reason for signing the movie and who knew that too will have a connection with Pakistan.

While talking to an Indian website, the actor revealed that he had to do the movie because his character name is Balraj which is his father’s real name who also came from Pakistan during Partition.

He revealed that because of his father’s connection with Pakistan, he loved his character and chose to play the role:

During the shoot of Gumrah [1993], Yash uncle had briefly mentioned about the story.

Dharma Productions is like family; so when Karan approached me with the film, I had to do it. It is also a coincidence that my character is named Balraj, which is my father’s [Sunil Dutt] real name.

He too came from Pakistan during Partition, so it has an emotional connect.