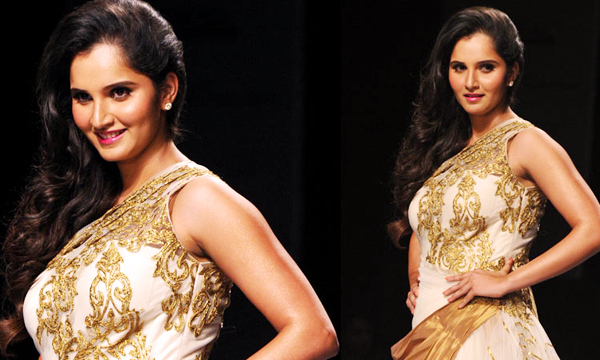 The Indian Tennis star was voted as the best dressed sports player in India. This comes as no surprise since Mirza possesses a unique style which she has been demonstrated on ramps and photo shoots while carrying heavy lehengas and saris effortlessly.

The survey was conducted in celebration of World Ethnic Day by an ethnic wear company Craftsvilla that operates online. As per the voting, Sania Mirza retained 62.9 % of the total votes and clinched the title of the Best Dressed Sports Celebrity in Ethnic Wear. The online ethnic wear seller, Craftsvilla conducted numerous online polls from the visitors and customers on their website and the analysis over the results was carried out between 20th May and 5th June 2016. Taking second place was the badminton star, Saina Nehwal who received 18.8 % of the votes.

The co-creator of the online store Craftsvilla, Monica Gupta stated that sports celebrities are the new style icons.

Dipika Pallikal secured the third spot with 9.3 % of the votes in her favour.

Jwala Gutta, another badminton player along with Ashwini Ponappa and Heena Sidhu were also featured in the survey. She said, “I feel great joy, when I see these iconic sportswomen in ethnic wear. They have graced magazine covers, ramps and of course, our medal tallies.”