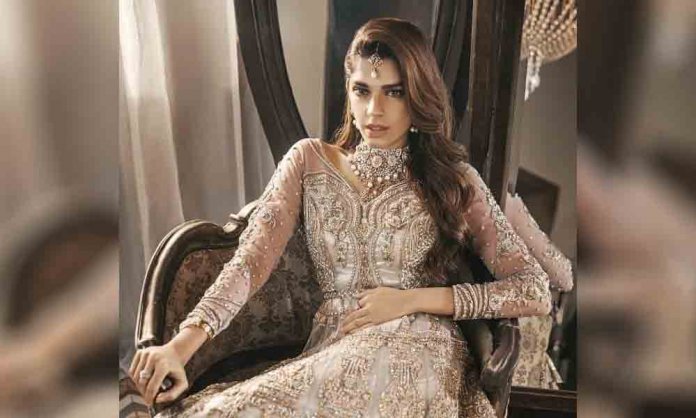 The Coke Studio singer Zoe Viccaji tied the knot last week and the news literally took the internet by storm. After a dreamy wedding reception, the songstress hosted a star-studded Mehndi event last night and the pictures are all over our social media feeds.

While we have seen a lot of pictures from the event already, we also witnessed the bride’s best friend Sanam Saeed who seemed more excited than ever.

Her swag as the bridesmaid is what every girl would wish for!

While we were drooling over her attire from the wedding, a few videos of the actress surfaced online which are doing rounds on social media.

In the video, the Zindagi Gulzar Hai actress can be seen breaking the dance floor with her stunning moves showing off her desi swag in a never seen before way.

Have a look at the videos

She is giving us major BFF Goals!

We all knew what an amazing actress Sanam Saeed is, but now she has also proved that how incredible dancer she is with her steps.

On the professional front, the actress is currently stealing hearts in an on-going drama Deedan opposite Mohib Mirza.

Sanam Saeed Stands Up for Victims of Sexual Harassment

Did you like the video? Let us know in the comments section below.