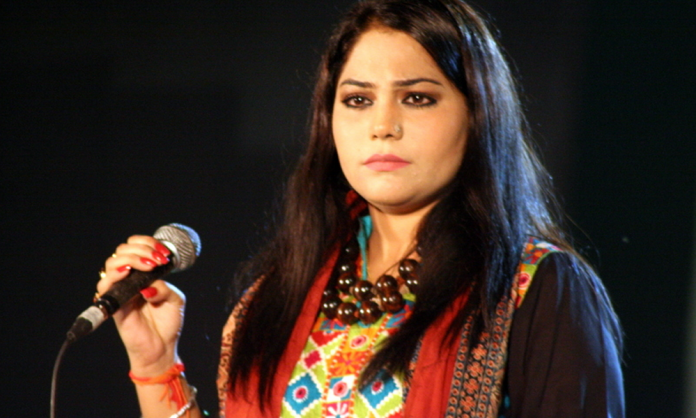 A complaint has been registered against singer Sanam Marvi for harassing and assaulting her neighbour over a property dispute on Wednesday.

Rafat Jamal has filed a case at Lahore’s Johar Town police station, accusing the singer of threatening to occupy her house.

According to the neighbour, Sanam had fought with her several times before and has sent her death threats.

The song featured in Coke Studio’s latest season came as a complete surprise for Abida Parveen and her son.

“We only found out when the BTS for the episode aired, but we decided to wait and clarify things first [before bringing a claim],” said her son Sarang Latif in an interview with Images.

Looks like Sanam Marvi has had a very rough week so far as nothing seems to be going her way. However, regarding the complaint, no official police statement or comment by Sanam Marvi herself has been released so far.