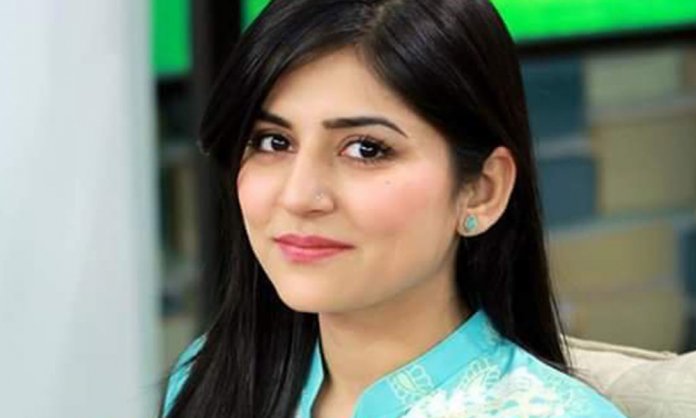 The internet certainly has its fair share of trolls who just love to target different celebrities for some fun.

And this time around, Sanam Baloch and Mahira Khan became the target – however, Sanam’s epic response to the hater had us impressed with the lady for her quick wit! 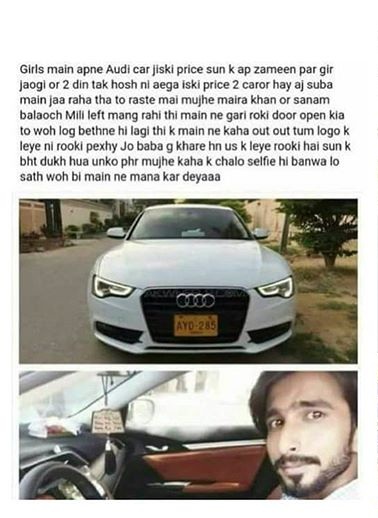 Apparently this delusional fan on a drive in his “can’t-even-imagine-the-price” Audi car, had come across the two divas on a road asking for a lift.

Well, this chivalrous driver claims to have stopped the car only to troll them and gave the lift to an elderly man instead!

Oh but wait, there’s more to this imaginative story!

So “heartbroken” were these two pretty actresses, that they offered the driver to take a selfie with him. However, this “swag-filled” guy declined this golden opportunity as well!

This made-up story caught Sanam’s attention and she replied to the hater by showing off her brand new Audi A5!

Posting pictures of her new car, the witty lady trolled the driver in a post that has left us in splits!

And it’s not just us who found her reply completely savage!

Her fans had a great time commenting on the lady’s post and voicing their own opinion on the incident. 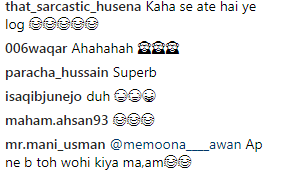 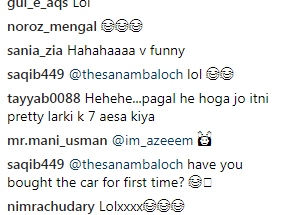 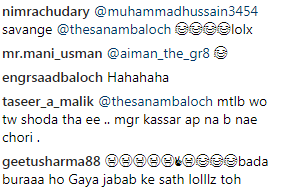 We must say that Sanam totally trolled the guy in the most epic way!

What did you think of her comment? Let us know in the comments below.