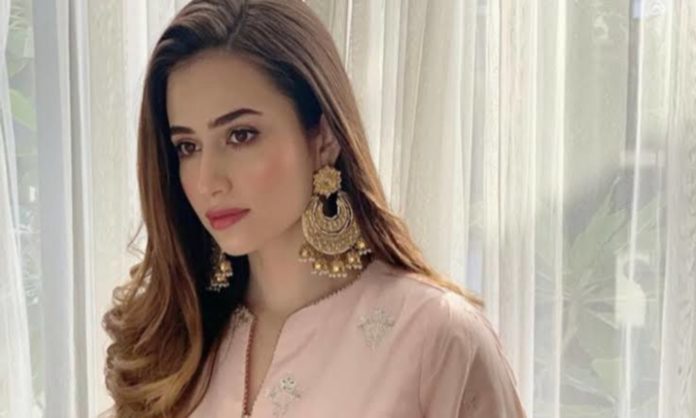 Sana Javed has finally broken the silence and has addressed the controversy surrounding herself. The actress called out everyone who commented on her behaviour, calling it a ‘Smear Campaign’.

Sana Javed has finally shared her views regarding the posts going viral on social media. The actress has addressed the situation by calling it a smear campaign run by model Manal Saleem against her.

Over the past few days, many people from the industry have shared their first-hand experience working with the actress calling her out for her rude and entitled behaviour.

Last night, Sana Javed took to her Instagram to share a long post about the situation. She further shared the details about the lawsuit filed by her against model Manal Saleem of Rs.100 million for damaging her reputation.

“In the past 72 hours, I’ve been subjected to all sorts of lies and fabricated stories, bullying, hate speech, and threats,” She wrote.

“A proper planned smear campaign has been initiated against me by a group of individuals. It has caused severe trauma not only to me but to my family. I’m shocked to see how toxic people can be and how quickly everyone jumps on a bandwagon without knowing all the facts,” she added.

“As far as the incident is concerned everyone knows one side of the story. I refuse to comment and discuss what was said and done by the other party as it’s beyond disgusting and disgraceful to even mention it here. I’ve decided to take this matter forward with the legal authorities. I love my work and hold it in the highest regards and throughout my career. I’ve tried my best to hold my ground and my integrity by giving utmost respect to my colleagues and peers and expected the same in return.”

“Saying that now this matter is with the legal authorities. I will be pursuing all legal options against this group of people. I want to thank my friends and fans who stood by me and did not believe in such fabricated stories. You are my strength, and we will see this through. May the truth prevail. Aameen.”

Ever since the actress shared the post on social media, her followers have started a series of posts appreciating her decision for standing up.

Hashtags including #wesupportyou, #staystrong, #morepowertoyou have been shared by her supporters on social media.

Read More: Plagiarism Or Inspiration? Beechtree Gets Trolled For Its Art Collection

Journalist Aamna Haider Isani also took to social media to share her experience with the actress as ‘no trouble at all.’

With the lawsuit being filed, the matter has escalated, and it is only a matter of time till we receive more details about it.