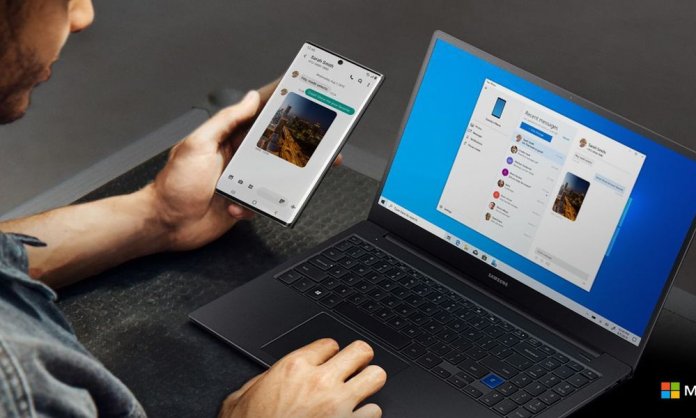 Smartphone manufacturers have been all about convenience since the past few years. With many of them releasing smartwatches that allow you to wear all the major features of your phone on your wrist, along with many software-related changes that allow the users to perform most major functions of their lives conveniently, a lot is being introduced for the convenience of the consumers.

Using Windows 10 is about to allow you to text message your friends and family from your laptop. An app named “Samsung Messaging” has been spotted on the Microsoft’s app store, which as per its description and details will allow users to send and receive text messages. As per the details published on the application’s listing, it is compatible with laptops that have 4G LTE and 5G support.

As of now, the following Samsung devices are compatible with the application.

Even though Samsung is yet to formally announce or introduce the features of the app, the application is listed on the website and is available for download. However, certain forums claim that the application would not require you to pair your phone with your laptop like traditional applications require you to do and the entire process will be extremely convenient.

When Will The Application Be Available For Downloading?

What do you think about the “Samsung Messaging” application? Will it innovate and change the way we message our friends and family? Let us know under the comments below.