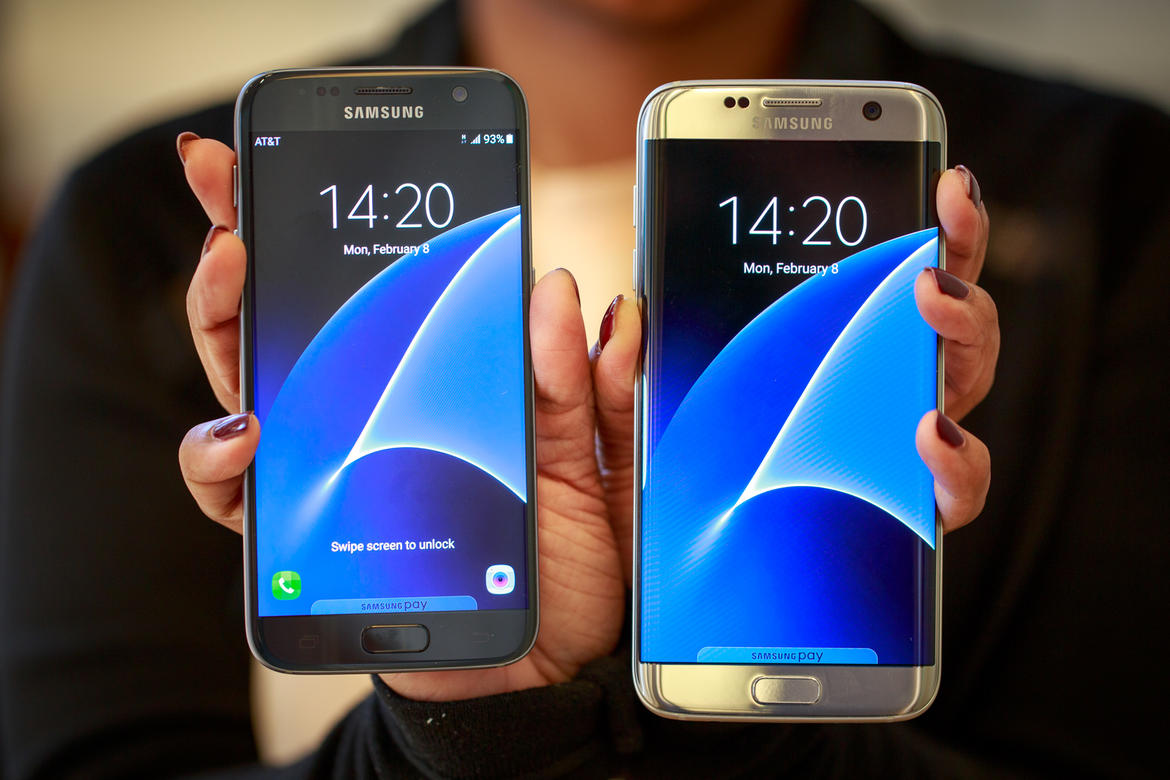 Samsung has unveiled the Galaxy S7 at the Mobile World Conference 2016. Samsung’s newest flagship phones S7 and S7 Edge are nearly identical to the S6 and S6 Edge respectively. Not much has changed look wise except a few tweaks here and there.

That being said and set aside, Samsung has worked hard under the bonnet of the phone. Some of the popular features dropped from the S6 are back with S7.

The battery has been increased to 3,000 mAh compared to S6’s 2550 mAh. The S7 Edge packs a 3600 mAh batetry. The phone comes packed with Android 6.0 Marshmallow. The “Always-on” feature displays Images, Calendar and time from the lock screen.

The S7 & S7 Edge run the Qualcomm Snapdragon 820 processor. The newest and most powerful in Snapdragon’s line. It might be replaced with Samsung’s Exynos in some regions. 4 GB RAM will run under the hood. The camera of S7 has been reduced to 12 MP unlike S6 which rocked a 16 MP one. Yet the newest innovations in S7’s camera also makes it better than the S6. S7 boasts a larger aperture f/1.7 in contrast to S6’s f/1.9. The pixels have also been enlarged resulting in better night time photos without the necessity of flash.

Another camera innovation is the ‘dual auto-focus’. This means the phone can lock on the subject faster and provide better focus tracking while shooting a video. S7 & S7 Edge accept microSD cards unlike their predecessor the S6 and S6 Edge. The card will be inserted in the same tray used for the SIM. The storage will be expendable up to 200 GB. The internal storage will be either 64 GB or 32 GB depending on the phone’s region. Also the waterproof feature is back which means it can be submerged in water up to 5ft for nearly 30 minutes.

Also in the gaming department, S7 takes a leap and is now capable of supporting the Vulkan API. This will help the phone utilize the GPU very efficiently for gaming purposes. Recording and viewing gameplay videos are easier too in the new flagship.

One amazing innovation in the phone is adding a ‘Thermal Spreader’ to the phone. This is a thick (0.4mm) water tube designed to cool down the processor by turning into steam. This will allow the S7 to handle games with intense graphics. Bonus: Its rumored that Samsung will release a limited special edition ‘Batman v Superman: Dawn of Justice’ S7. We hope it proves to be true.