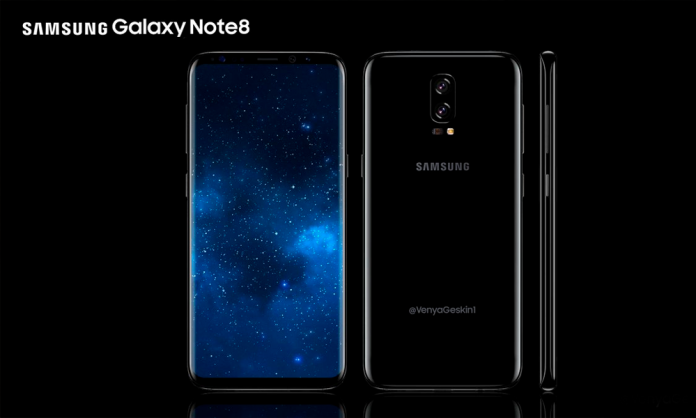 Samsung is bringing a new flagship, the much-awaited Galaxy Note 8! A release date has also been revealed, along with new leaks.

Samsung announced Note 7 in August, almost 2 years ago,  however, due to the fiasco, the company has had a lot to bear. To some extent, that incident also affects its customers’ trust. For that reason, Samsung is striving hard to make its customer happier and gain their trust back. The company has hinted the Galaxy Note 8 through a teaser, which makes us feel like most of the rumours about the phone can possibly be true after all.

Take a look at the teaser below;

Given that its launch is almost a year away, there’s no word as to how much the Galaxy Note 8 will cost. However, with prices Galaxy S8 starting at £680, expect it to fetch more than £700, so around PKR 80,000.

According to Korean media, Samsung will launch Note 8 on August 26.

What are your thoughts about the Note 8?