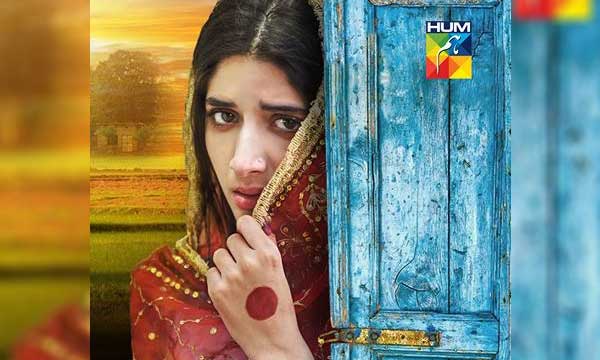 We all have been waiting for Hum Tv’s drama ‘Sammi’ to hit our television screens, ever since Mawra Hocane shared her first look as a blushing beauty in the titular role! In collaboration with Johns Hopkins University, the latest serial in town rightly raised all the hype and hoopla with its promos and finally the drama’s debut, aired yesterday, lived up to all the expectations!

The drama’s plot revolves around the much-hushed social issue of “Vani”- the practice of dishonouring women to settle family feuds between men.

The plot weaves a heartbreaking tale of how innocent Sammi pays for a murder committed by her brother, Waqas played by Haris Waheed. Apparently, her beloved brother gave her as Vani to a reluctant man named Fazal, played by Noor-ul-Hassan.

The little Hocane effortlessly depicted the role of a young village girl, whose life is torn apart by the hands of her own brother. Can’t wait to see what more is to unfold from her character! Her rise from a meek young girl to a powerful woman discovering herself will surely be an inspiration for many females in Pakistan.

With a brilliant cast, a winning script penned by  Noor ul Huda Shah and direction of Saife Hassan, Sammi is bound to be the ultimate rating magnet this season!

The fans loved Sammi’s premier on television screens and took to Twitter to pour in their love.

@MawraHocane We need these kind of dramas to step ahead in our society especially for Women. #SammiSunday

Saw the first episode of #Sammi. Loved it. Different concept with message. RK would also love it if he sees it. #SammiSunday @MawraHocane

@MawraHocane -looking forward to more of such intense performance. #SammiSunday was all worth it. I hope it will bring much needed changexx

Was waiting for so long to watch Sammi and FINALLY, its here! 😄@MawraHocane was tooo good!! 😁#SammiSunday

I loveeeee Sammi! It was awesome! Excited to watch the next episode! You r so beautiful! Big hug! 💋❤🙆😍😏👌#SammiSunday @MawraHocane

For all those who have been waiting for Sammi air every Sunday at 8:00 PM!