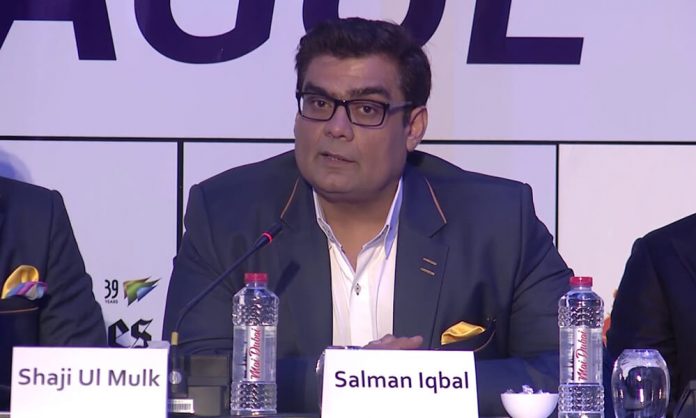 Owner of ARY Group and Karachi Kings, Salman Iqbal has resigned as the President of T10 Cricket League.

In a bold tweet, Iqbal shared the reason for his shocking resignation that has now created a massive dispute in the league,

The CEO revealed that there is severe lack of professionalism and transparency in the league that is leading to ‘Pakistani players being misused by foreign individuals’.

“Private leagues that are not controlled by the  ICC and have independent players  monitoring system, added with lack of policies and procedures may lead to numerous misconducts”

Following his resignation, Imad Wasim has also disassociated himself from the league.

I heard that @Salman_ARY has disassociated himself from T10 for some reasons, knowing he must be having very strong logical reasons, he was the only representative from pak in the T10 management, Pak comes first, I also opted a decision not to play in T10 league

The league was founded by Shaji Ul Mulk, who is also the chairman of the T10 League. A tweet by him is now going viral, in which he has refuted Iqbal’s allegations and has claimed to take legal action against him.

With the second edition of T10 Cricket League 2018 just around the corner, Salman’s resignation will create a controversy.

Season one of the league was hosted in the United Arab Emirates back in 2017 and was very successful. Kerela Kings won the first season and will be playing to defend their title.

This year, the 10-over cricket tournament will take place in November and include two new franchises, Karachi and Northern Warriors.

Karachi’s team is reportedly to go by the name ‘Karachians’ and will be a part of ‘Group A’ along with Pakhtoons, Kerela Kings and Rajputs. On the other hand, Northern Warriors are placed in ‘Group B’ along with Maratha Arabians, Punjabi Legends and Bengal Tigers.