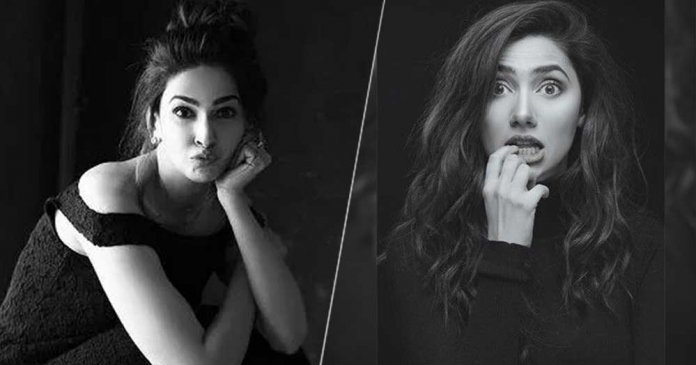 There is a common belief that two female actors cannot be friends, especially if they’re both contending for the number one spot in the industry.

However, some stars have proven that they don’t only share great chemistry onscreen but also share a strong bond in real life too.

Thinking of the top two female artists in Pakistan, the prime names that pop into our minds are Saba Qamar and Mahira Khan.

Both are known for their unique craft and projects. Yet, one cannot help but wonder about the relationship these two female actors share and if we’d ever been able to see them star in a project together.

In a recent interview at The Munshi Show, the Cheekh star was asked if she and Mahira Khan are friends.

“Are you friends, frenemies or are you enemy to Mahira Khan?” asked the host.

Saba shared without sugarcoating her response. However, she also added that it does not make them enemies either.

“There is no such problem between us,” she cleared in case people start assuming a catfight between the two superstars.

Heroines can be friendly and civil with each other but that doesn’t always mean that they are friends. Maybe it means that they’re just competitors in the same industry who are extremely busy with work.

Both the favourites are phenomenal actors with a huge fan following on both sides of the border. While Mahira bagged a role opposite Shah Rukh Khan in Raees, Saba Qamar made sure Bollywood was aware of her talent through Hindi Medium.

While we’d love to see the leading ladies star in a project together, we’re not sure when that will happen. However, as long as they aren’t enemies, we can still be hopeful.

Would you like to see Saba Qamar and Mahira Khan star in a film or drama together? Comment and let us know.