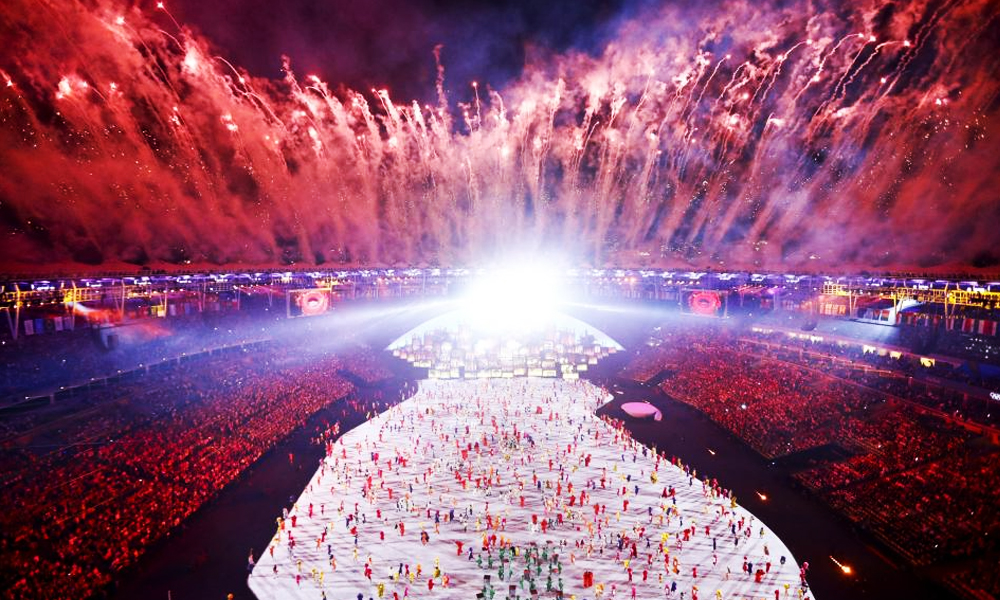 The Olympics has begun and Pakistan’s team of 7 is ready to put everything at stake to win the gold! The Pakistani Olympics team consists of two swimmers, two shooters, two runners, and one Judoka.

Before we watch our squad give their performance of a lifetime, here are some dazzling moments, highlights and updates from the opening ceremony held this morning! Where are we again?

PHOTOS: Check out these amazing photos from the opening ceremony of the #RioOlympics2016 https://t.co/xTpvVqW65J

The most beautiful shot of the #Opening Ceremony so far RT @BenTavener: #Rio2016 #Olympics2016 pic.twitter.com/1jCf2jzd4A

The sizzling shirtless flagbearer has become quite the internet sensation.

it's our tradition to put oil when we wear our traditional attire for any celebration proud #tonga #Olympics2016 pic.twitter.com/wIa91N7GLr

Mr #TongaFlagBearer has made a name for himself, but this FB comment is the winner for today! #Olympics2016 pic.twitter.com/zQ3zAgoze8

One of the best moments from the event was when ‘The model Gisselle Bundchen totally stole the show at the opening ceremony!’

Below is a summary of all details of the opening ceremony: The 31st Summer Olympics games will begin tomorrow, welcoming hundreds of athletes from countries all over the world. All top names from Brazil will be present at the grand opening ceremony some of them being Andrucha Waddington, Fernando Meirelles (City of God, The Constant Gardener) and Brazilian filmmaker Daniela Thomas.