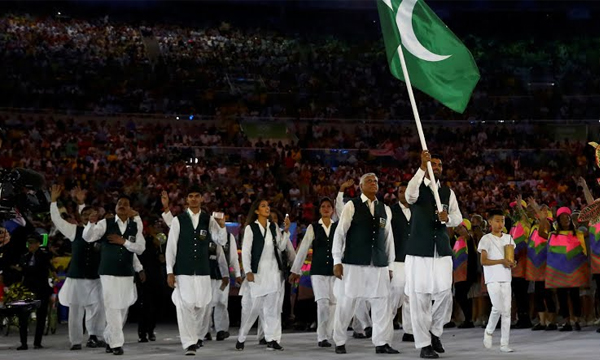 The Pakistan Olympic Association (POA) official stated that a team of 24 will represent the country at the Rio Olympics 2016. Unfortunately, the 24-members team that was to go to the Olympics 2016 turned out to be a 7-athlete and 17-officials squad.

This time, Pakistan will be sending the smallest-ever national team to represent itself during the games which will be conducted in Rio de Janeiro from 5th August to 21st August. However, the positive side of the story is that the country will be represented by 7 very talented athletes. Let’s view the list below:

Born in Awali, Bahrain this 19-year-old Pakistani swimmer has secured seven national records, and will be representing Pakistan in the Olympic games in Rio 2016. The breaststroke specialist has represented the country in 2014 by competing at the 2014 Commonwealth Games held in Glasgow,UK- winning 9 gold and 3 silver medals. She also represented Pakistan at the 2016 South Asain Games in India.

Brother of Anum Bandey, representative of Pakistan in 400m individual medley, the 17-year-old Haris Bandey will be representing Pakistan along with Swan in the swimming category. Veena Masud, Secretary at Pakistan Swimming Federation unveiled that the selection was based on the FINA World Aquatics Championships held in Russia last year. Bandey will participate in Men’s 400m freestyle swim on 6th August. For the first time in the history of Pakistani Olympics, two shooters will be representing the country, one of which is Ghulam Mustafa Bashir. Entered as a wildcard entry, and approved by the National Rifle Association of Pakistan (NRAP), both the shooters have qualified to represent Pakistan at the Olympic games in Rio.

Also making history, Minal Sohail will be representing Pakistan competing in the women’s Rifle Shooting competition for the Rio Olympics. She is the first Pakistani woman who will be representing the country in this category. Wild card entry Mehboob Ali will represent Pakistan in the ‘Track and Field’s category for Men’s 400m run. The National Champion has vowed to win gold for the country. The fourth and last wild card, Najma Parveen will also be representing Pakistan in Rio Olympics 2016. She is the daughter of a former national hockey player and Army Havildar, Ziaullah. The 24-year old has been playing sports since the sixth grade.

Watch out Rio, here they come!