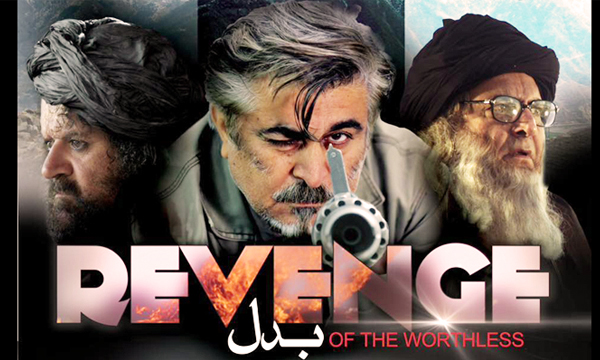 After being pushed back twice for release this year, the Pakistani action-drama film Revenge of the Worthless released on 22nd of July to a host of mixed reviews.

The highly anticipated film, starring veteran actor Jamal Shah in his directorial debut alongside the likes of Firdaus Jamal, Ayub Khoso along with Maira Khan, Abdul Raheem, Imran Tareen, Shaamil Khan and a cameo appearance by Noor Bukhari has hit the right cords and is appreciated by many. The action drama flick had all the makings of a typical movie based on a war- torn area with a hero in the midst, trying his best to stand up to injustice.

Set in Swat, the movie depicts how people from different walks of lives were affected by the Swat insurgency in 2009.

Revenge of the Worthless tells the story of an upright progressive man Zarak Khan (Jamal Shah), who is closer to his roots; a singer Shabaana (Maira Khan) who preaches the message of love and harmony, a boy Gulalai (Abdul Raheem) who is disowned for his sexual orientation by his father and a man Janaan (Imran Tareen) who loses his family in the  terrorist attack. The movie focuses on the lives of the affectees at different levels by Taliban and extremists.

Critics’ Reviews on Revenge of the Worthless

According to some movie critics, the film does justice to the struggles of the unsung  heroes during 2009 Swat Insurgency with convincing performances by Jamal Shah, who brought gravitas to the lead role of Zarak Khan, a member of the landed gentry of Swat. However, critics have not been so kind to some of the other actors in the ensemble cast featured in the movie.

Maira Khan’s performance has been labeled by most as ‘overacting‘ falling terribly short in the diction department. Shamil Khan was given a very limited appearance and Noor Bukhari’s cameo seems to have been a waste. Not all performances, however, were a disappointment. Imran Tareen who portrays the character of Janaan – a man who loses his family in the terrorist attacks, looks promising; given the right roles, he might just shine on the big screen.

Abdul Raheem who plays the part of Gulalai- disowned by his father due to his sexual orientation manages to portray the character just right.

But if there is one thing the critics can’t dispute over, it is the music of the movie.

The soundtracks contain five songs, four of which are in Pashto with the music composed by Mehdi Raza with Jamal Shah’s rendition of Ma Khpala Tura (Broke My Sword) standing out.

Initially, it did seem that this movie may not attract as many viewers since the title of the movie happens to be in English while the movie itself is in Urdu and Pasto but surprisingly, the film managed to reap 1.6 crores in the opening weekend. Let’s see where the movie stands after its first week of release.

There was a lot of buzz on social media and people were anxiously waiting for this one to hit the screens. Let’s see how Twitter reacted to the movie:

#RevengeOfTheWorthless: an unimpressive film set in the backdrop of Swat insurgency.

Got my pop corns ready, drink in hand. Just need to sit in the cinema. Can't wait! #Pakistanicinema #RevengeOfTheWorthless

I broke my sword in my brother's heart..
When the enemy came I had nothing in my hands.#RevengeOfTheWorthless

#RevengeOfTheWorthless is a really nice effort. Must watch for people interested in the Swat 09 story.

Let’s see where the movie stands after its first week of release.

Until then, stay tuned to Brandsynario for more updates.