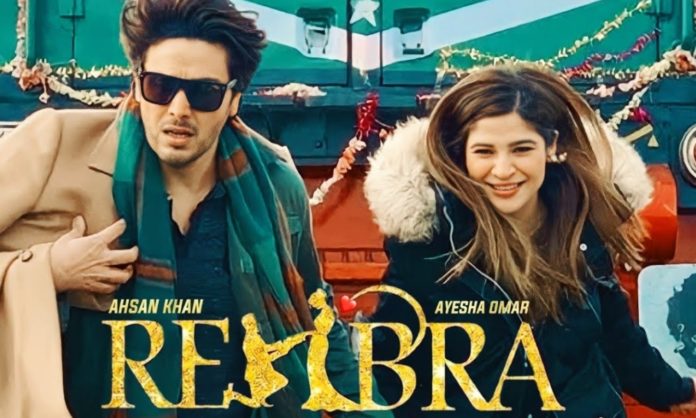 When the trailer of Rehbra launched, one could immediately sense another Bollywood inspired movie – if I am more precise here, Jab we Met-ish kind of film that pairs Ayesha Omer and Ahsan Khan in the lead. The first 20 minutes of the film, where the two meet each other for the first time at a train station, tell you ‘that’s exactly what it is’. The director of the film Amin Iqbal, who also wrote the screenplay and dialogues, picks up little references such as Ayesha’s chirpy and happy-go-lucky character named Bubbly, Khan as Danish a serious mindful guy, multiple train encounters and an adventurous love affair remind you of the film mentioned above. 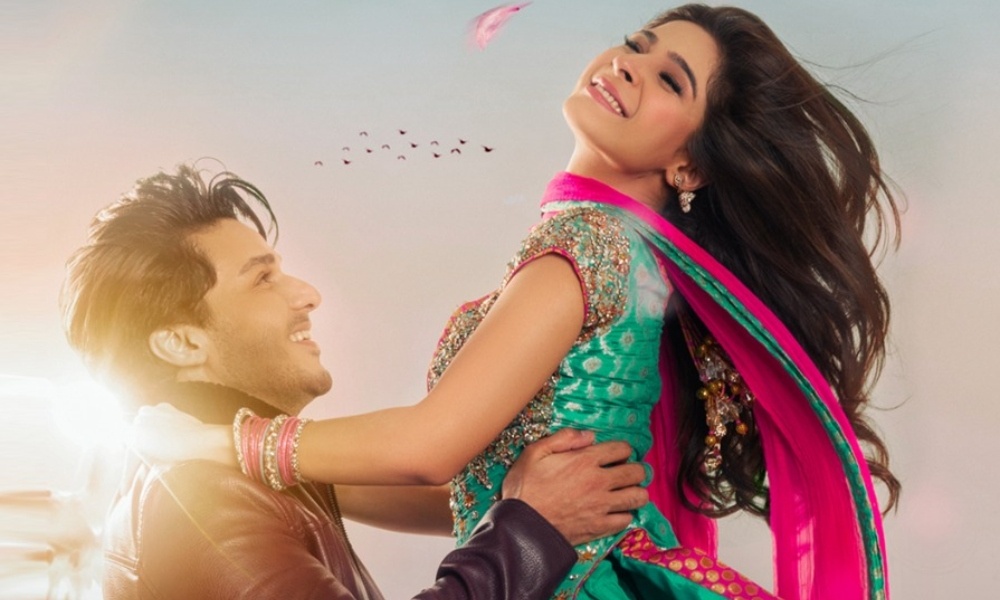 The story revolves around Bubbly, who happens to be the main protagonist, who wants to explore life, travel, and have fun before she finally weds her childhood friend, Tito, played by Muhammad. However, fate has other plans and one sees that ‘you don’t find love, it finds you’ type situation when Bubbly meets Danish in an unexpected clash. There is a little twist though. Danish is also committed to his childhood sweetheart played by Sarish Khan (late film star Sabiha Khanum’s granddaughter) and even though they are not in love (so we are told), they are set to marry. How both Bubbly and Danish come to terms with this apparently hopeless romantic situation – from a casual hook-up to falling in love and troubled circumstances is what the film is all about.

Ayesha Omer as Bubbly justifies her role and pulls it off pretty well throughout the film. However, the loud shrilly tone in certain scenes was a little annoying at times. Ahsan Khan fits his character well, though I have to say the chemistry between the two seemed more platonic. The film also stars Saba Faisal and veteran actor Ghulam Mohiuddin as Bubbly’s caring and open-minded parents. Their characters add fun, perfect comic timings, and lightheartedness to the narrative. While the father is sweet and tolerant, open to the wants and desires of his daughter ‘baap apni aulad ki chahat ko chahata hai’ he says, his reactions are unconventional for certain situations and even appear unrealistic at times.

The second half of the film introduces an interesting character a Seraiki-speaking dacoit of the Gajju Gang played by Sohail Sameer. It is unfortunate that he comes much later in the film since this character with all his charisma and dramatic presence could have added more value to the plot. If given more screen time, a compelling narrative could be created around him and the leading pair.

It is unfortunate that he comes much later in the film since this character with all his charisma and dramatic presence could have added more value to the plot. If given more screen time, a compelling narrative could be created around him and the leading pair.

The soundtrack is a decent one though the title track Rehbra comes in the third act, nearly when you are expecting the final climax, hence not very situational. Nevertheless, the location and cinematography is great reminding you of another Bollywood number Gerua. Overall this romcom is just another Bollywood inspired love story that we have seen a zillion times.

Have you watched the movie yet? Let us know in the comments below.