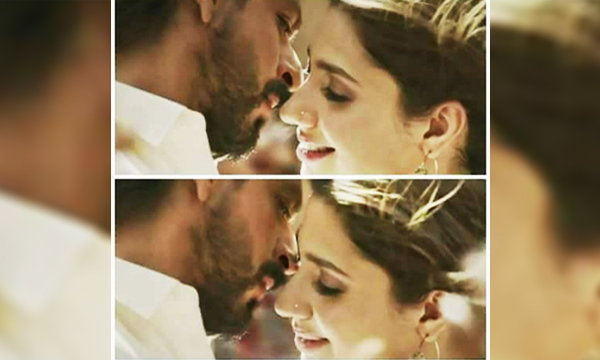 The wait is finally over! The much-anticipated trailer for Bollywood movie, Raees is out and we bet, it will definitely set your hearts racing for more! The promo will make fans of Mahira Khan super happy as we finally get to see her role in the promo!

What is more, it unveils the Bollywood Basdhsah, SRK in a never seen before avatar! The rowdy Raees look of the hero is surely the perfect pre-New Year treat for his fans who were eagerly waiting to catch a glimpse of Khan’s massy character. But the best part is that we finally get to see Queen Khan and King Khan rock as a couple! The trailer unveils a  couple of their romantic scenes together and their electrifying chemistry is bound to put all Bollywood on-screen couples out of business.

Watch the trailer of Raees ft. Mahira Khan & SRK for yourself here!

Shah Rukh Khan’s classy, cold-blooded character and Mahira’s cute desi look as his wife is all we wanted to see. However, the trailer has spiced up our insatiable cravings,  a notch further., to witness more of the Khans in the movie. SRK Promises Mahira Khan: We Will Look Good in Raees

We also get to see the multi-talented, Nawazuddin Siddiqui as the cop in the tale. Apparently, he will hot on the heels of the Gujrati bootlegger, Raees Alam (SRK) to put him behind bars! What is more, a scintillating glimpse of Bollywood’s baby doll Sunny Leone is also in the trailer. Seemingly, she will be setting the screens on fire with  ’80s song Laila O Laila’ item song!

A production of Excel Entertainment and direction of Rahul Dholakia, Raees will raise the curtains in Janurary 2017 and will possibly clash with Hrithik Roshan’s “Kaabil”.

Apparently, the filmy dialogues, powerful cinematography, Mahira Khan’s presence  and SRK’s bearing as the Gujarati Don Miyaan Bhai will make the movie rule over the box-office!

We are so loving the trailer and now, are really excited for the movie!