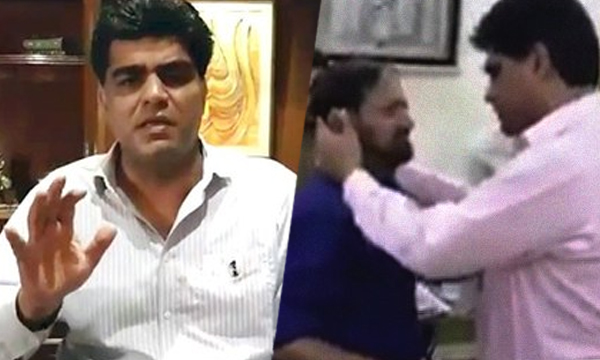 Defending his action in a video statement, Dr. Imran Ali Shah revealed that he got off his car to resolve a fight between two motorists.

According to him, one of the motorists was “repeatedly hitting a poor man’s car and stopped him”

Things escalated when the motorist abused and pushed Dr. Shah for intruding in the matter.

“Being a responsible citizen and a member of the provincial assembly I have more responsibility towards my people, The viral clip is half-truth and misleading. I cannot turn a blind eye on someone doing injustice to a citizen for any reason”

Watch his complete statement below!

Being a responsible citizen and a member of provincial assembly I have more responsibility towards my people, The viraled clip is half truth and misleading. I cannot turn a blind eye on someone doing injustice to a citizen for any reason. pic.twitter.com/t4a3BCeAta

Later, PTI issued a show cause notice to Shah for violating the law and punishing the citizen.

No one is above the law is the basic premise of Imran Khan’s Naya Pakiatan. An elected MPA taking the law into his own hands,for whatever reason,is completely unacceptable.We condemn this behaviour and expect strict action to be taken.
Show cause notice has been issued to the MPA pic.twitter.com/isGlFKovcV

I never wanted to take law in my hand however it was in a spur of a moment that i momentarily lost my cool and reacted in a way that brought embarrassment to my position, my party and my supporters. 1/2 pic.twitter.com/nbnsmqGC11

Apologizing for his rash behavior, the MPA took to Twitter to further clarify himself.

Thereby, I sincerely and unconditionally apologise to Mr. Dawood and my voters and suppprters for my behaviour. I hope that you all will accept my apology and I promise to observe my conduct that is expected of me both morally and officially by the party's code of conduct. 2/2 pic.twitter.com/zeEnoMgOo0

Despite Dr. Shah’s apology to the abusee, Mr. Dawood Chauhan’s son remains unconvinced and has now taken to social media to express his anger on the incident. 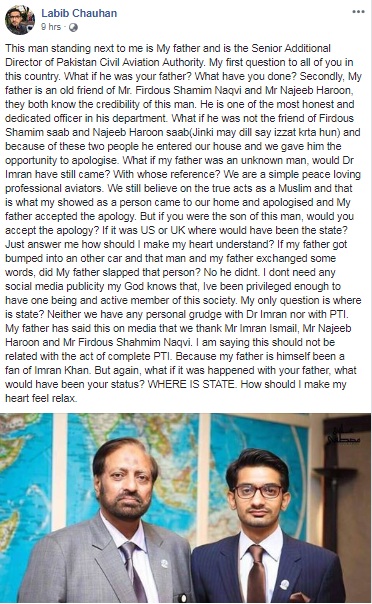 The drama has the whole Twitterverse on tenterhooks!

@ImranKhanPTI You can’t claim the banner of justice and not make example of this guy, Dr. Ali Shah, in the interest of the people ?!

PTI fans are urging Imran Khan to expel him from the party!

Topi Drama is NOT acceptable. Make him an example!

Just because now he is in trouble, he's approached & apologised this poor man within few hours. We are not that stupid.

And now Shah is even being accused of dual nationality!

Amidst all the hullabaloo, yet another interesting tweet targetting Dawood’s son, Laraib Chauhan is now going viral.

Let’s see what is the final verdict of PTI on the matter.