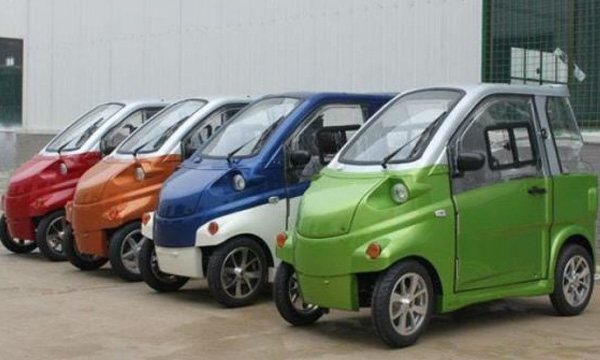 Electric Vehicles (EV) came out as substitutes for conventional engine vehicles so that there could be an alternative for some drivers who prefer the other option. However, electric cars are not perfect, not yet anyway, and hardly seem to exist in the local market.

There are both pros and cons when it comes to electric vehicles. If you are considering buying an electric car, here are some essential factors you should consider. Cheaper Alternative to Petrol for Some

Depending on some people, and their income, some drivers consider electricity a cheaper option, compared to petrol. For them, an additional charge in their electric bill is better and cost-effective than the amount they spend on filling their tanks. Secondly, EV vehicles are less expensive to maintain, as these vehicles don’t have exhaust systems, expensive engines, or worn-out brakes to replace. Since an electric car does not have an engine, and since it runs on batteries, which is usually found mounted under the floor of the vehicle, the vehicle does not generate noise pollution as diesel-powered rides do.

There is no need to go out and find a station to charge electric cars; they can be charged right at home, which is convenient. Charging kits are available online. EV cars are more environmentally friendly compared to engine cars. The main reason is that electric vehicles do not have a tailpipe. Thus there is a green factor involved. Where there are advantages, there are cons as well

In Pakistan, the concept of electric cars does not exist, because no such vehicles have been brought into the market yet. Many consumers are unaware of EV cars, how they work, their build, etc. Thus, electric vehicles are not only challenging to find and buy but are also unpopular in front of names like Pak Suzuki, Honda, and Toyota. Electricity is Not Cheap for Majority of Pakistan

For the majority of the population, electricity is a significant concern, keeping in mind that not only are there several areas which suffer from long hours of load-shedding, but the price of each unit also increases along time, that too very fast. For an average household, an additional Rs.10-20,000 in their electricity bill would be overrated compared to an engine car. Unlike an engined power car, which provides you with a long-range of miles for travel, the new Mini Car, which was recently launched in Pakistan, is currently being titled with the first electric car that has been imported in the country for sales. However, the vehicle offers about 150KM (different for every vehicle) of travel on a full charge. Asides the load shedding crisis in the country and E vehicle takes between 4-7 hours per charge, sometimes even more, depending on the size of the battery and car itself. However, if a 7-hor charged battery can provide 150KM, if it is charged less or not at all, traveling becomes next to impossible as the car may stop anytime and anywhere. Plus, the longer it takes to charge, the more units are consumed, and more money is added to your bill. Though the price of the launched Mini Car is Rs600,000, which is cheaper than most of the cars available on the streets, many individuals have been thinking more than twice if they are willing to spend so much money on an EV car. This is because which requires battery changes after every 500 charges, accommodates only two (including the driver), and gives a top speed of 28km/h with a 1.1KW motor and 40km/h with a 2.2KW motor. Not to forget other costs like charging, maintenance of the vehicle, etc.

Unfortunately for those who do have a soft spot for EV vehicles do not have many options available in the local Pakistani automotive market to take a pick. The options available are next to none, and the available ones are not as advanced as electric cars by companies like Tesla have produced, due to cost factors. Share your point of view with us in the comments below!