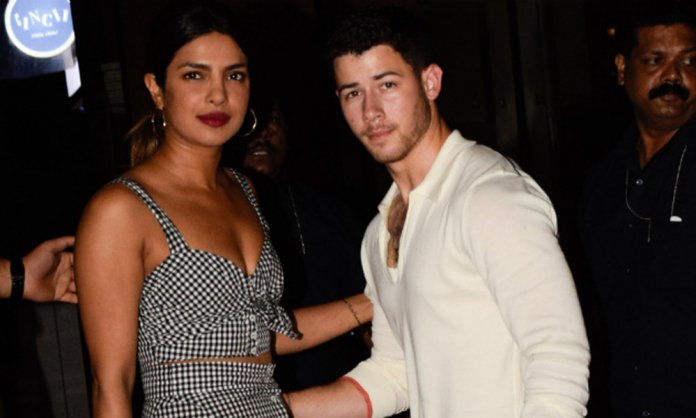 Well, it seems like all the rumors we have been listening about the Quantico star Priyanka Chopra and Nick Jonas might be true now.

According to the recent update of an Indian publication Filmfare, Priyanka and Nick are likely to get engaged next week however, the news has not been confirmed by either of them yet.

Filmfare Exclusive! @priyankachopra and @nickjonas to get engaged in a month.https://t.co/yXx14iG27o

Nick is currently in India with the former Miss World and it has been revealed that it Priyanka’s idea to make Nick meet her mom Madhu Chopra.

The couple is in Goa right now and is spending quality time in the beaches of the coastal city.

A post shared by Bollywood Film Fame Canada (@bollywoodfilmfamecanada) on Jun 26, 2018 at 2:14am PDT

It has been further said that Priyanka wanted Nick to come to India to meet her family to finalize their engagement.

The duo first met at the MET Gala 2017 where they walked the red carpet together and partied hard the night away in Ralph Lauren apparel. After that, they were often spotted together, even in talk shows.

If the news is true, Very Filmi wishes Priyanka Chopra and Nick Jones a very happy future together.

What is your take on Priyanka and Nick’s rumored engagement? Let us know in the comments below.