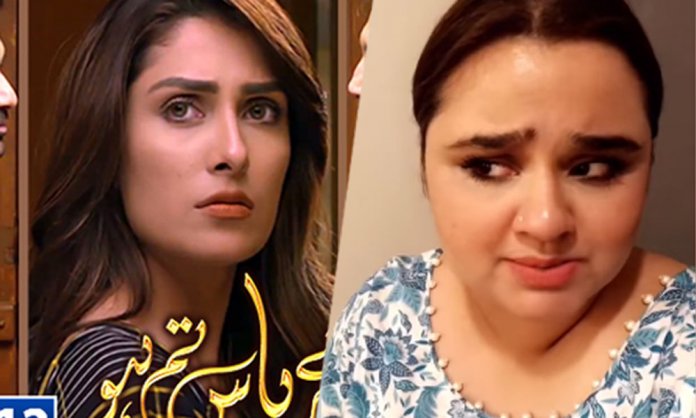 Starring the popular and legendary Humayun Saeed, Adnan Siddiqui and Ayeza Khan, Meray Paas Tum Ho by ARY Digital has been making waves on the internet for a number of reasons.

The drama’s story revolves mainly around the theme of cheating in a marriage, so needless to say, it has created quite a conversation around the subject.

While most of the stories we see on the theme of cheating show men as cheaters, this story throws light on the aspect of women cheating on their husbands, which automatically makes it all the more sensational and controversial.

So much so that Ayeza Khan herself gave a warning before the last episode went on air:

The drama is written by Khalil ur Rehman Qamar, who was also recently interviewed and caught himself in the eye of a social media storm for his misogynistic point of views.

#KhalilurRehmanQamar is a misogynist, that much was established in his interview, but the dialogue in question isn’t an example of that.

Do Takay ki Aurat, a phrase from the dialogues of Meray Paas Tum Ho, is also getting widely popular.

So popular that Faiza Saleem, renowned comedian and artist decided to make a hilarious video on it.

Addressing the subject with a satirical, feministic lens, she talks about the way women are treated- rather mistreated- in the society and how the cheating of a married man will always be justified but when a woman does the same thing, she becomes Do takay ki Aurat (cheap, worthless).