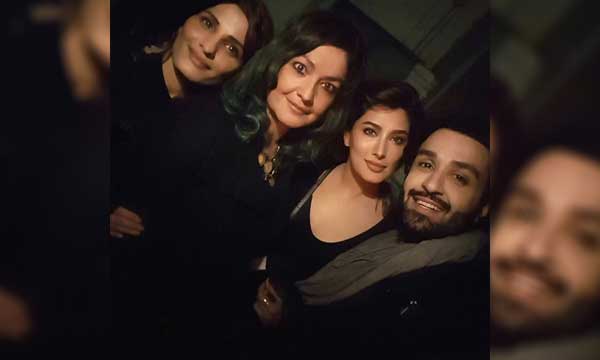 With tensions running high on both sides of the border ever since the “surgical strike” drama by India and its consequent effect on the entertainment industry of Pakistan, it has been a rare sight to see Pakistani and Indian actors together in a jolly, good mood.

But it is after all 2017, and the whole “New Year, New Me” mantra couldn’t come at a better time. Pooja Bhatt, daughter of legendary Indian director Mahesh Bhatt, took a step forward into 2K17 by celebrating the NYE at Pakistani singer, Ali Azmat’s place. Not only was Ali Azmat and his entire family in attendance at the party, several other Pakistani actors and actresses were there too.

Check out the pictures from the New Year’s Party below.

While India seemed really unhappy with Pakistani stars working in Bollywood, it is good to know that Pooja Bhatt did not mind spending her NYE with big-wigs of Pakistan’s entertainment industry!

Pooja Bhatt is Having a Blast in Karachi Despite Indo-Pak Tensions!

Pooja Bhatt is Having a Blast in Karachi Despite Indo-Pak Tensions!