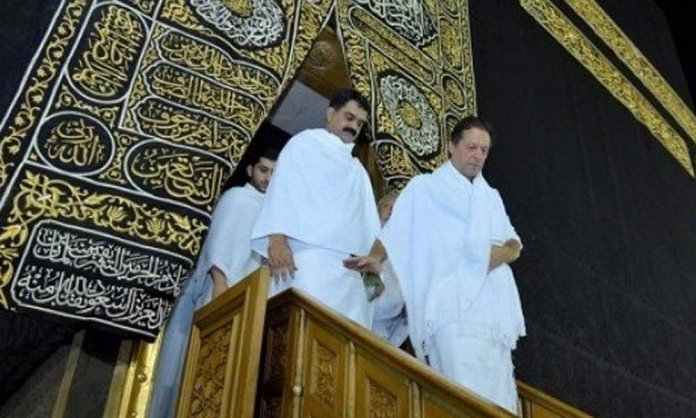 Pakistan’s Prime Minister Imran Khan and his wife First Lady Bushra Maneka Khan performed Umrah while the premier was on a 2-day visit to Saudi Arabia.

According to sources, the doors of the Holy Kaaba were opened for the PM and his wife during their journey of pilgrimage.

Sources further said that the premier has reportedly prayed for the country’s prosperity and stability.

The two had flown out to Saudi Arabia on 19th September.

Most Influential Personalities on Social Media in Pakistan 2019: PM Imran Khan on Top

The Prime Minister Office has also issued a statement that the premier had also condemned the recent attacks on oil installations in Saudi Arabia. He added that this attack may fear instability in the Middle East. The two also discussed the current situation in Kashmir.

The Prime Minister was accompanied by the first lady and an 11-member delegation that includes Foreign Minister Shah Mahmood Qureshi and Adviser on Finance Abdul Hafeez Shaikh.

Most Influential Muslims: Imran Khan, Justice Sheikh Mohammad Taqi Usmani & Others Make it to the List